Man terrorized for renting shop to a Somali 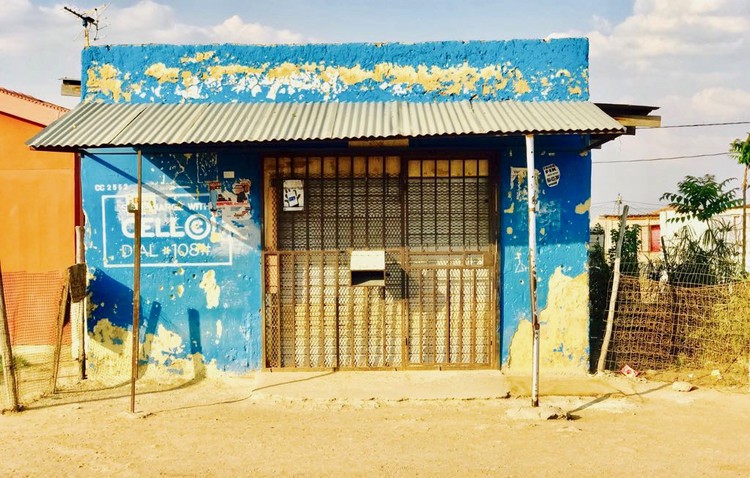 A shop that was previously run by a Somali immigrant stands empty in Duduza. Photo: Kimberly Mutandiro

Elvis Volosi says a burning tyre was hurled through the living room window of his house and his car was petrol bombed. The incident happened in September while he was asleep with his family.

He says he will no longer rent out his shop premises to “Amandia”, the township slang for Somalis, Bangladeshis, Pakistanis, Ethiopians and Eritreans. “I do not want to put myself or my family in danger,” he says.

Volosi says he had been warned a few days before the attack to “get rid of the Somalis”.

The same Somali shop owner, Adam Abulai, had previously been forced to vacate the premises in 2015 when the community drove out immigrant shop owners, looting and burning their premises. A “ban” was then imposed by the community.

The 2015 xenophobic violence was triggered after an altercation in which a 14-year-old boy was shot by a Somali shop owner. The boy died two months later. This was followed by rumours that the Duduza water tank was poisoned by immigrants. Local police said there was no evidence for this.

“As a community we banished ‘Amandia’ shop owners. Not only are they murderers but they mistreat our brothers and sisters who work for them. Anyone who backs them will suffer the consequences,” a woman from Duduza, who claims to have been present during the shooting incident, told GroundUp. She said, “My deaf brother used to work for ‘Amandia’ and they never used to pay him.”

But a month ago, about 20 elderly members of the Duduza community started a petition for the immigrant shop owners to return. One woman told GroundUp she wanted the Somalis back because they used to give groceries on credit and allowed people to pay at month end. She also said that when the Somali shopkeepers sold to them and they were short a rand or some cents, they were not turned away. She said the Duduza shop owners are disrespectful and are always short of stock.

Just over a month ago, accompanied by police, Abulai returned to Volosi’s premises. Members of the Masechaba community cheered, but it was to be a short lived victory againt hatred, because other residents were quick to accuse Abulai of bribing police to help him come back into the community. Abulai was soon pushed out again.

Duduza police spokesman Sergeant Harry Cecil Manaka said, “As police our duty is to make sure that community members are safe. We were not aware that certain members of the community did not want the Somalis to come back. The matter is under investigation and we will do our best to protect the victims.”

Business owners in the community told GroundUp that the police had no right to interfere. A tuckshop owner in Duduza for eight years said: “They [immigrants] burn incense and take away our luck, stealing customers. Since they were chased away business is good.”

In a meeting hosted by the Greater Nigel Economic Empowerment Forum a list of grievances were drawn up against immigrant shop owners accusing them of selling products below cost, closing local businesses then raising prices again, of being “unhygienic”, of not employing South Africans; of not contributing to local funerals, and of not supporting the local economy.

“We are not xenophobic because we have other nationals who are not Somalis operating their businesses. Some of them are even members of our business forum,” claimed a representative for the association who refused to be named.

But business owners in other parts of Duduza said they had nothing against immigrant shop owners. “When customers can choose to buy in Pick ’n Pay when Shoprite is just around the corner, Shoprite does not stage a fight against Pick ’n Pay. Why can’t local tuck shop owners be civilized?”

Abulai was present when Volosi’s house was petrol bombed, he says, at about 2am on two consecutive nights. He says he used to pay his workers well and Volisi is his witness. He says he used to help many people even at funerals and delivered them food personally with his van.

“l am an African man who is working hard to support my wife and [three] children. Why is that a crime? If the rest of South Africa accepted Somalis back into the community after the xenophobic attacks, why is it such a problem for Duduza people?” he asked.