Man taken to court after he films alleged police brutality 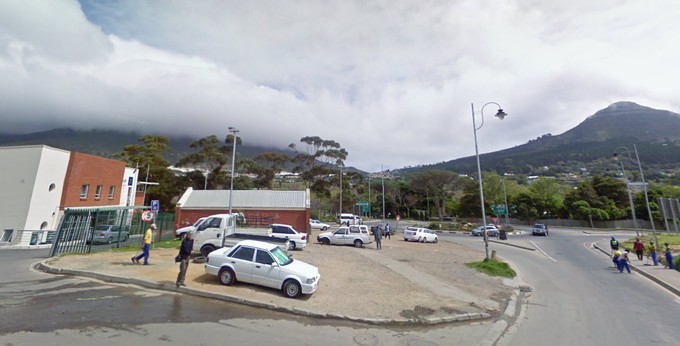 A Hout Bay resident has appeared in court, charged with assault and crimen injuria, after he recorded an alleged incident of police brutality.

On 23 July, 2015, Zola Lucas recorded what he said was an example of police brutality outside the Hout Bay police station. The officer he witnessed, a constable at Hout Bay police station, told him he couldn’t record there. Events surrounding the incident are unclear, but the officer claimed that Lucas assaulted and swore at him, while Lucas has filed complaints with the Independent Police Investigative Directorate (IPID) of assault, police brutality and unlawful arrest.

IPID has recommended that Lucas’s complaint should be prosecuted.

“[The police official] was not denying the fact that he pushed the complainant around in order to delete the photos, which constitutes common assault,” said Robbie Raburabu, IPID’s acting national spokesman.

From the very beginning, the officer’s and Lucas’ accounts of what happened diverge. The officer brought three handcuffed men in custody to to the station. He said one of them refused to enter, at which point he grabbed him and pushed him inside. Lucas, however, who was standing in line at the front desk, said it appeared as if no one resisted, and the officer kicked the man between the legs and hit him on the head after the man kneeled over in pain.

Lucas began filming the event on his phone, but once the constable saw him, he told Lucas he could not film at the station and that he must delete the footage. Lucas refused, and from there, their stories take drastically different turns.

Lucas, however, claims these are wrongful accusations. He said after he refused to delete the footage, the constable pushed him into a counter and ripped his jacket to take the phone. Lucas ran to the Colonel’s office, and after he found that he wasn’t there, the officer cornered him and blocked his exit. He says the officer threatened him with a gun and demanded he delete the footage again. According to Lucas, the officer pushed him to the ground, hurting his back. Lucas had documentation from a doctor who treated the injuries he sustained.

Lucas says he then ran to the bathroom and locked himself in, calling his lawyer and members of the Hout Bay Community Policing Forum (CPF) he knew nearby. He came out after the CPF members arrived but was arrested by the constable and held at the station until the next day.

One of the CPF members confirmed Lucas only came out of the toilets when he arrived. The man, who wished to remain anonymous, said Lucas felt unsafe around the police officers. “None of them came to his help as he was being assaulted and threatened,” he said.

“He was scared the police officer was going to shoot him in an attempt to acquire the footage,” Duval said. “This is a typical case of police brutality and the efforts they go to to try and prohibit publishing of the atrocities that they commit.”

Duval likened the case to that of Eduard Grebe, which GroundUp reported on previously. Grebe was arrested for filming police brutality as well. He was later released without charge, but came up against a lack of responsiveness from Saps and IPID to his claims of police brutality.

The legality of filming police is murky. There is no law that prohibits filming of on-duty police officers. Saps’ Standing Order 156 states: “a media representative may not be prohibited from taking photographs or making visual recordings.” Activists have asserted that “media representative” includes citizen journalists. Right2Know, which campaigns for media freedom, has been pushing for Saps to include ordinary citizens, not just media in the standing order.

“It’s important for the sake of accountability and transparency,” said Micah Reddy, media freedom organiser for R2K. “That’s what we should be demanding from our institutions. The role of media is increasingly expanding to citizen journalists, and the public is able keep state institutions accountable.”

Lucas’ trial will continue on 20 June in the Wynberg Magistrates’ Court.

GroundUp has tried unsuccessfully to find out the name of the police officer and to obtain the video footage.