Mgoli’s corner in Khayelitsha has been running for two years 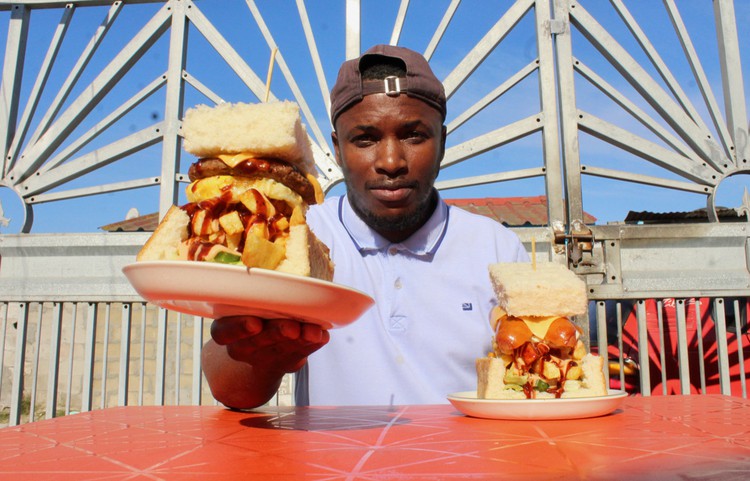 Loyiso Basso says he left a life of drugs and crime after he realised he was wasting his life and making his mother suffer. The 30-year-old opened a restaurant in Makhaya, Khayelitsha. It has been running for two years.

Pamela Mkhabela, a neighbour, says: “People used to be so scared of him [Basso], but now he is a sweet child with respect. He is also passing his experience to other young children, so they do not do what he did in the past.”

“I struggled to get employment due to my criminal record,” says Basso. So he started cleaning people’s yards in 2015 to raise the capital. “I had to convince people that I am changed, and I did not blame them for closing their door in my face. I deserved it,” he says.

“I charged R250 for cleaning a yard and painting, depending on how big the house was. I was also washing windows.” Money started coming in.

“I had a passion for cooking and I am good in the kitchen. I first bought a gas stove and bought other items like pots for my kitchen … I started selling pap and chakalaka. Business was good, and people were buying. I would be asked to join catering teams whenever there is an event in the area,” he says.

Basso opened his small restaurant, Mgoli’s corner, called after his nickname, in an RDP house. He used his backroom as a kitchen. He serves lunch and dinner.

He gained the community’s trust and started to add more items on his menu. His bunny chows, known as kota in the township, became popular. He stuffs them with fries, fried egg, lettuce, cucumber, and a sausage (R15) or burger (R20).

“Today, I help around the house with groceries and I have not touched drugs for years,” says Basso.

“There is no dustbin for a person … Young people swallow your pride and do something positive with your lives. If there is still air that flows in and out of your body, it means there is still a purpose for you in this world.”