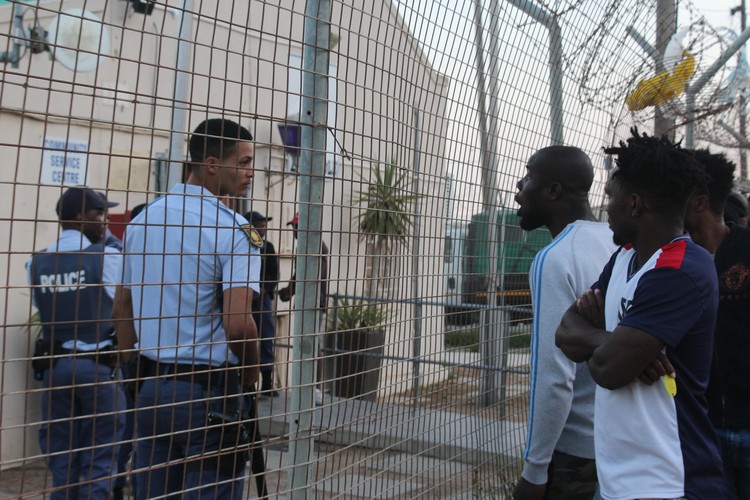 The Independent Police Investigative Directorate (IPID) is investigating the death of 28-year-old Victor Udes who died in Lwandle police station on Wednesday.

Udes, who immigrated to South Africa from Nigeria, was arrested after police went to investigate an altercation between him and his ex-girlfriend.

Dlamini said Udes was detained at Lwandle SAPS holding cells. He was found hanging at 12:27pm, apparently by his jersey. “He was declared dead at the scene. … An inquest docket was opened, and the matter is being investigated by IPID.”

Protesters, mostly Nigerian immigrants, gathered at the police station on Wednesday after hearing of Udes’s death. They demanded to see Udes’s body. One person was allowed to do so, Happiness Maduora. He disputed that Dlamini killed himself.

“The body was on the ground and the tongue was not out which is a sign of a person who hanged himself. His sleepers were still on his feet and he did not wet himself. The police must tell us what happened to our brother, not this suicide story because that is a lie.”

President of the Nigerian Association in Helderberg John Anyaoku accused police of killing Udes. “He was strong and healthy,” he told GroundUp. “There is no reason why he would kill himself, it is not in our nature as Nigerians to take our own lives.”

As more protesters arrived, anger grew. Protesters and police argued. The police armed themselves. The situation calmed down after Udes’s body was removed by pathologists.

SAPS referred GroundUp to IPID when requested to comment.