Partner of deceased says operator told her to “learn to wait” 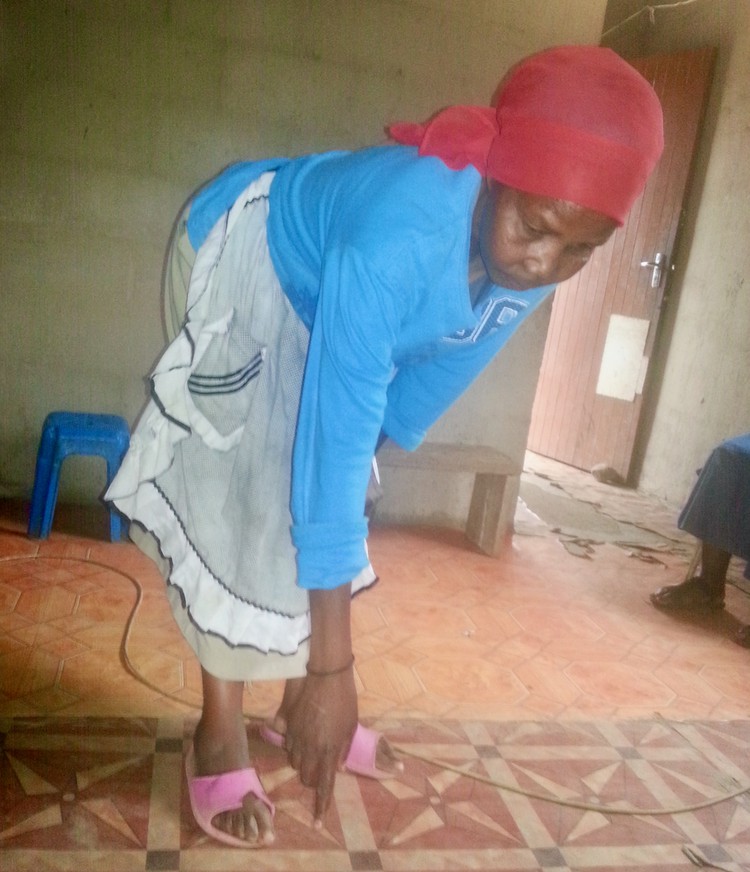 Buyiswa Magxiyane points to the spot where her partner Lizalise Ndamase died while waiting for an ambulance. Photo: Zakithi Dlamini

“I really believe deep down in my heart that the father of my child would still be alive if the ambulance had arrived in time,” said Buyiswa Magxiyane, whose partner, Lizalise Ndamase, died on 5 November at their home in Mahlabathini, outside Verulam, KwaZulu-Natal.

Magxiyane said they waited for ten hours for an ambulance. She said she and other community members had called the ambulance at 7am when Ndamase fell ill. He was sweating and vomiting non-stop.

The ambulance arrived at 4pm, by which time Ndamase had died. He was 53.

They waited for hours at the side of the road with no sign of an ambulance. When they called for the fourth time, she claimed that they were told to “learn to wait” by the operator.

Magxiyane said she was very angry when the ambulance finally arrived. “I didn’t want to face them because I strongly feel that if they did not take so long to arrive, my son’s father would still be with us. After being told to learn to wait, look at where my waiting led to … I lost my partner. I fail to understand what took them ten hours to get to us when it [Osindisweni Hospital] is only 30 to 45 minutes drive.”

“At least they should have told us to seek help elsewhere if there was no available ambulance, instead of telling us to wait. My partner died a painful death. It was very traumatizing to watch him die … My heart is bleeding and what’s happened makes me hate the sight of an ambulance,” she said.

Other community members said they were disappointed by the emergency services and wanted answers as to why the ambulance took so long.

Robert Mckenzie, KwaZulu-Natal Emergency Medical Services (EMS) spokesperson, said on Friday 8 November that our queries had been referred to their corporate communications’ department. GroundUp still had no response at the time of publishing.

Spokesperson for the KwaZulu-Natal Department of Health Noluthando Nkosi said, “Firstly, without prejudice, the department wishes to convey its sincerest condolences to the family of the deceased individual. The department is extremely concerned by these allegations, and is currently investigating them. Should any individuals be found guilty of an offence, the department will not hesitate to effect the necessary sanction.”