Frederick Mhangazo came to Cape Town to study. He has ended up homeless and living from hand to mouth. 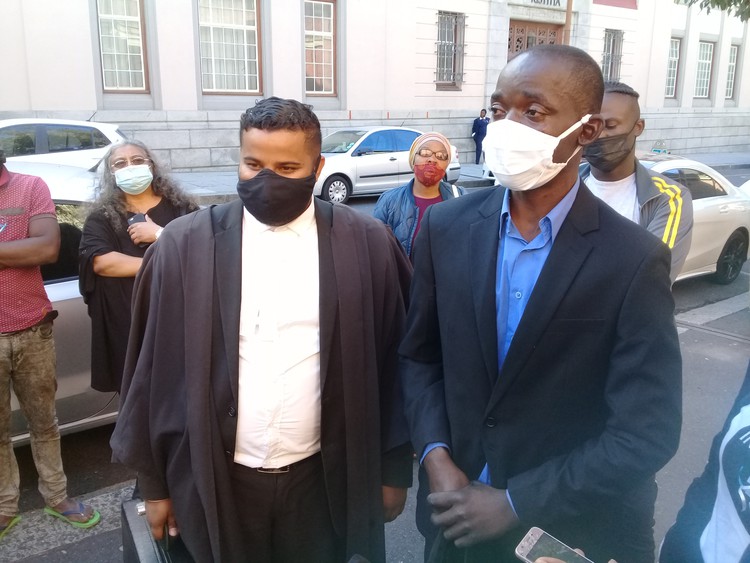 The man arrested in connection with a Cape Town fire last weekend will no longer face charges of arson, the Cape Town Magistrates Court heard on Wednesday.

Frederick Mhangazo, 35, was apprehended in the vicinity of Devil’s Peak on Sunday 19 April, hours after a devastating fire had started on Table Mountain.

He made his first appearance at the Cape Town Magistrates Court last Tuesday, but the matter was postponed to verify his address.

Mhangazo’s pro bono lawyer, Shaun Balram, told the court that his new fixed address is at Our House, a safe haven for homeless people. He will be living here until his trial is over.

The prosecutor asked for the case to be postponed so that the state could gather more witnesses.

Balram said that after submissions were made on Mhangazo’s behalf, the previous charges of arson were changed.

“This morning we had quite a long discussion with the state, and we’re thankful that we were able to convince the state to no longer proceed with the charges of arson,” Balram said. Instead the state will likely be charging Mhangazo with contravening the National Environmental Management Act. He said they will deal with the merits upon receiving the outcome of the state’s investigation.

Mhangazo, who is a Tanzanian national, came to South Africa in 2013 to study Information Technology at a Cape Town College, Balram said.

“He only has a brother living in Johannesburg, but he’s been living from hand to mouth.”

Outside of the court, an emotional Mhangazo expressed his gratitude for Balram’s assistance in the matter.

See also: The Cape Town fire is an urgent reminder to offer solutions to homeless people