Makwarela has two boreholes but no water in the taps

Residents say Vhembe municipality has paid no attention to their complaint 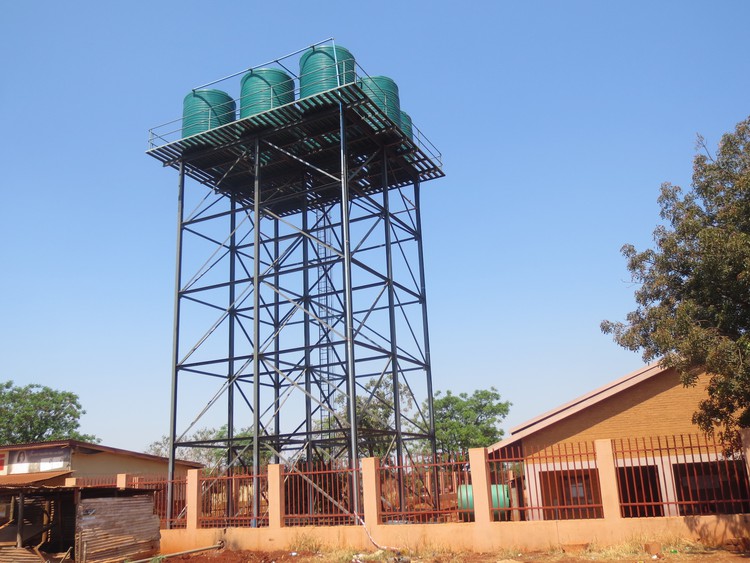 Water tanks at Makwarela community hall, from where the water is supposed to be pumped to houses. Photo: Bernard Chiguvare

The Makwarela community outside Thohoyandou is seeking answers from Vhembe Municipality as to why the water taps in their yards are still running dry though a new borehole was drilled two years ago.

There are two boreholes in the area, one at Makwarela stadium, and the other one at the Makwarela community hall, drilled two years ago. But though a transformer has been installed for the pump, no water is being pumped from the new borehole.

Residents have resorted to buying water from others with private boreholes.

Matodzi Ralushai, Vhembe District Communication Officer said Makwarela had grown fast and this had affected planning. He said progress was being made resolving the water issue.

Speaking to Groundup, Mutobvu said some residents had to walk far to buy water.

Rebecca Muruba, a pensioner, told Groundup that her poultry farming business had been badly affected by the shortage of water. “Since our taps ran dry my business has become expensive to run. Chickens need a lot of water, especially during hot periods. Currently I am using R700 per month to buy water from those who have boreholes at their homes.”

Another woman who did not want her name published, also in poultry farming, said she had to hire a private car at R100 a trip to fetch water from a borehole 12km away. She uses 25 buckets of water every week.