Making sure all our schools have enough teachers

Part 3 in the series: Towards equality in school funding 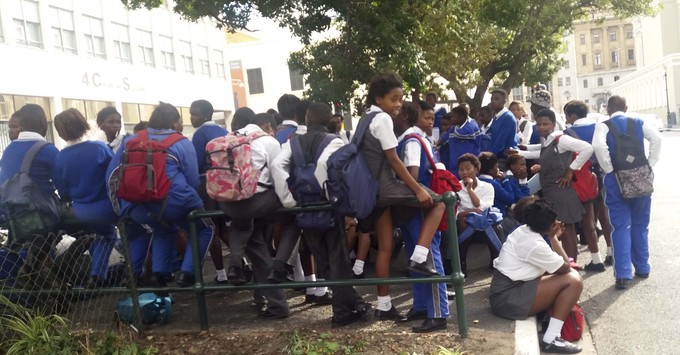 By Nurina Allly and Daniel McLaren

Teachers are the backbone of any education system. One of the greatest challenges for the post-apartheid education system has been to ensure that all schools have sufficient numbers of qualified, skilled and motivated teachers.

In part one in this series, we pointed out that the Constitution requires that funding of schools must redress past inequalities. This also applies to the funding and distribution of teachers in public schools.

Establishing the number of teacher posts in a province

In terms of the target set in the National Norms and Standards for School Funding, MECs must spend about 80% of the education budget on personnel.

Personnel costs are funds spent mainly to pay teachers and support staff, but also to pay district and provincial education department staff, all of whom are employed and paid directly by provincial education departments. The target of 80% on staff is is designed to ensure that provinces have sufficient funds available after paying employees to pay for other costs such as learning and teaching support materials, school maintenance and stationery, and other school expenses.

Once the number of posts in the province has been established, provincial department heads have to distribute these posts to schools based on a formula. The 2002 Post Distribution Model for the Allocation of Educator Posts to Schools provides this formula. It requires a number of factors to be taken into account, including

In this formula, learners are “weighted” to enable schools to compete on an equal footing for posts. This weighting is designed to account for some learners and learning areas needing more posts than others. The weighted learner enrolment for each school reflects its relative claim to the total pool of available posts in the province. For example, learners in a school with more than one language of instruction may be weighted more heavily as they require more teachers.

In short, the formula is based on the principle that available posts are distributed among schools proportionally to their number of “weighted” learners.

Is this framework achieving equity and redress?

The legislative and policy framework adopted since 1994 has not succeeded in allocating teacher posts on the basis of substantive equality, redress and other democratic values established in the Constitution. Personnel funding is not adequately redistributive and continues to produce unequal outcomes, for a number of reasons. Here are some:

So the best qualified educators are more likely to teach at better-resourced public schools which can afford to pay higher salaries. A study undertaken for Equal Education in 2012 by Adrienne Pon in Cape Town and Gauteng found that the lowest qualified teachers remained concentrated in the poorest 40% of schools.

Further limiting the scope for redress in staff funding is the fact that teacher salaries for government-funded posts are set nationally in accordance with qualifications and experience. In her 2012 study of Cape Town and Gauteng, Pon found that provincial departments spent more per child on personnel costs at wealthier schools than at poorer schools. Evidence suggests that this happens across the country, yet it is not an equitable outcome.

These skewed effects could possibly be countered by a redress component in the formula according to which posts are allocated. The regulations do provide for “redress” to be taken into account. But heads of department are only entitled to set aside up to 5% of their posts for poverty redress purposes. And only 35% of these redress posts are reserved for the poorest (quintile 1) schools.

Redress therefore accounts for a very minor amount of personnel expenditure, though personnel costs make up the vast majority of each province’s education budget.

Figure 1 shows the proportion of personnel and non-personnel funding allocations in each province for the 2016/17 budget. In 2016/17, KwaZulu-Natal spent the highest portion of its budget on personnel costs, followed by Limpopo and Eastern Cape. This means that Gauteng and Western Cape have relatively more money, after paying their employees, to spend on other school expenses such as improving school infrastructure and providing other resources for their schools.

Although the graph shows that most provinces currently spend 80% or less of their total education budgets on personnel costs, this is largely due to the rise in conditional grants in recent years, which have boosted provinces’ non-personnel budgets. Without conditional grants, personnel costs would constitute over 90% of provincial education expenditure in KwaZulu-Natal and Limpopo, and over 80% of expenditure in most other provinces.

The system of post allocation by provinces has over time led to disparities between provinces, with Eastern Cape, Limpopo and KwaZulu-Natal in particular overspending their personnel budgets.

The Department of Basic Education (DBE) commissioned a report by Deloitte in 2013 on the provision of posts in the provinces. That report revealed significant over-spending on personnel costs in nearly all provinces. The researchers found that, rather than first determining the budget split between personnel and other costs budgets to see how many educator posts they could afford, many provinces were over-committing themselves by starting with the number of educators they already had to fund, how many extra they wanted to hire, and then allocating funds for these posts. This resulted in education departments having less than the required 20% of their budgets left for other costs such as school maintenance, textbooks etc.

Lack of timeous and accurate data at national level coupled with a lack of a universal online system – in spite of a commitment to implement such a system in 1998 – were also blamed by Deloitte for poor provision of posts. Finally, the report noted that there was confusion in many provincial education departments about which formula they were meant to be following, as several had been published over the past decade.

Another report also published in 2013, this time by the National Education Evaluation and Development Unit (Needu), attributed rising personnel costs to:

The distribution of teacher posts is undoubtedly a complex task, involving the placement of tens of thousands of teachers and affecting around 80% of the education budget. But the process must nevertheless be aligned to the requirements of the Constitution. Some areas for further consideration include:

Achieving a more equitable distribution of teachers will be difficult and inevitably involve some disruptions to current teacher posts. Managing these disruptions in the best interests of learners and teachers will require a review of existing working relationships (which in many cases are malfunctioning) between the DBE, provincial education departments and teacher unions to be reviewed.

Finally, it is crucial to note that current funding for basic education in South Africa may not be sufficient to ensure the provision of teachers in a way which meets the constitutional requirements of equity and quality in all schools. If more funding is necessary, the DBE and provincial education departments must argue for this, and government must explore ways to raise the money. This may be necessary to ensure not only that there is an equitable allocation of teacher posts to schools, but also that teachers are adequately paid, trained and supported to improve teaching throughout the education system.

Nurina Ally is the Executive Director of the Equal Education Law Centre. Daniel McLaren is a Senior Researcher at the Studies in Poverty and Inequality Institute.