Klipheuwel’s creche gets by on very little

It’s a shack with no toys, but it offers an important community service for working parents 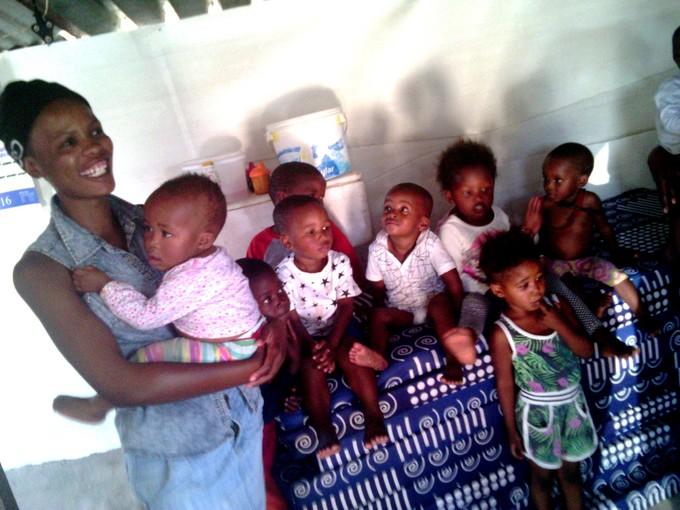 The donation of 12 mattresses on Wednesday to expand a makeshift creche in Klipheuwel, Cape Town, was gladly received by the community.

The creche, with plans to be registered with the City’s Early Childhood Development (ECD) programme next year, was started by Lwazikazi Sokutu in 2015 with ten kids, but now has 32 enrolled under the age of three.

“The children are going to enjoy sleeping during the sleep times,” says Sokutu.

The mattresses were donated by Kaap Agri Wesgraan, a company with offices nearby.

Klipheuwel is an informal settlement some 10km north of Durbanville. Over 2,300 people live in 760 households, most in shacks (Census 2011).

She is getting free accredited training as the principal of a creche and attending an ECD course at the Sustainability Institute of the University of Stellenbosch. Every month, she has to go for the course for one week until she completes the one-year course. Sokutu will be given an Early Childhood Development Certificate. She hopes to eventually get a Diploma.

“I realised that in our community, some parents [and] even school children failed to go for work or school because they were looking after the kids. So I felt it was a good initiative to start a creche,” she says.

Tobeka Ndinisa, a parent, says, “During winter time it will be difficult for the kids in such a building.”

The children currently stay in a corrugated iron and wooden shack that is used as a church by the Almighty Gospel Church in Africa. The church offers only the premises.

There is not much furniture inside except a few small tables, and chairs. The floor is covered with mats. Before the donation, the children used to sleep on four mattresses.

The children use one toilet a metre away from the creche. There is no tap water nearby; children have to be taken to the communal tap 200 metres away to wash their hands.

“The roof is very low,” says Sokutu. “During hot conditions children do not feel comfortable since the roof is zinc.”

“When it comes time to eat, we are helped by one of our neighbours warming the food. Those who wake up early are the ones we start feeding.”

Sokutu says they do not provide many activities because they currently do not have toys.

“We ask them to sing together with us and run round us in the room. If we get a better space and more toys, we will introduce more activities.”

The creche operates from 6am to 6pm. Sokutu says if a parent has not collected their child by 6pm, they either wait or she takes the child to the parent.

“We know some parents may face transport problems from work that may delay fetching the child. We then take the child to the parent.”