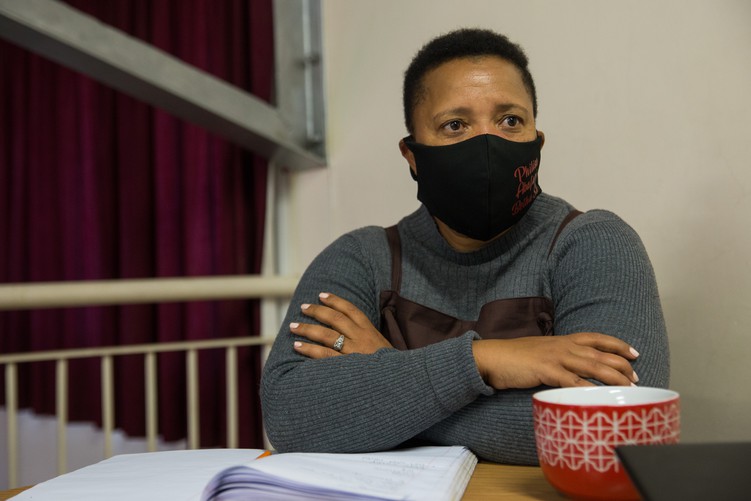 Instead of pastel-coloured poems and messages, Philisa Abafazi Bethu (Heal Our Women), is asking the public to “Make women’s month matter” by making donations of R200 towards a new safe house for women in Cape Town.

Philisa Abafazi was started in the dining room of Lucinda Evans’s home in Lavender Hill 12 years ago, after Evans saw a man beating a woman in the street, while a crowd watched.

“I bumped him with my car’s side mirror to deter him. Then I got out and asked him ‘what the hell are you doing?”’But then the woman got up and said to me it was none of my business. So I was like: ‘now I am making it my business’. I took off my cardigan and tied it on her head to stop the bleeding.”

“But after two weeks I still had this image of her being beaten up. I sat in my garage and I did ‘pamphleting’, inviting women for a conversation and a cup of coffee. That is how Philisa Abafazi started.”

The organisation’s main focus is providing emergency shelter for survivors of domestic violence. “We are in a situation here in the Western Cape where there are not enough women shelters. So I started the concept of emergency safe houses. I was never interested in long term stay, I was always interested in what happens in the now.”

“It took me 129 emails to Patricia de Lille, who was the mayor of Cape Town then, to ask her for our current nine-bed facility. So we got a City of Cape Town house in the Wynberg area, and that became the emergency safe house. We ran that house for six years with no funding.”

Now Philisa Abafazi is funded by the provincial Department of Social Development through its victim empowerment programme as well as donations from the public. The safe house offers shelter to women and children, for between 72 hours and a week. They are provided with a bed, three meals a day, and a counsellor who can offer support, 24 hours a day, to survivors of sexual violence and domestic and child abuse.

The organisation also offers youth and children’s programmes including an after-school programme. 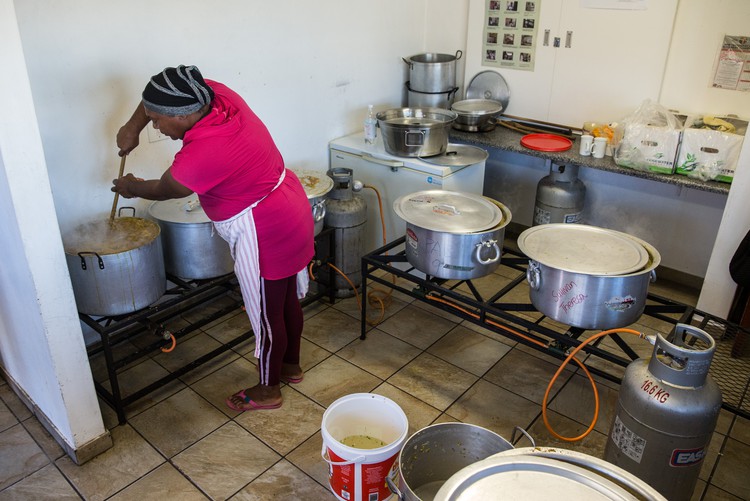 Now Evans wants to raise money for another safe house. With 1,500 donations of R200 each, Philisa Abafazi can open a four-bed temporary facility in containers, with a bed available for an LGBTQI+ person. “The safe house will be an emergency safe house for victims of gender-based violence, rape and homophobia,” says Evans.

At the moment, the organisation is running its operations from the hall of Sullivan Primary School in Steenberg, next to the field where Philisa Abafazi hopes to open the new safe house.

When Groundup visited, a group of women were peeling and preparing vegetables for the soup kitchen Philisa Abafazi has been running since the first day of Covid-19 lockdown, on 27 March. Just next to the hall, cook Mawadha Ishmail stirs the “veggie soup” in one of six big pots boiling on the gas stoves.

“We feed approximately 4,000 people in surrounding areas in the Cape Flats,” says Ishmail.In the future, says Evans, she wants Philisa Abafazi to have a 20-bed facility. “A space that could cater for pregnant women in distress. Where they will be able to get the necessary support, legal support, options to give the baby up for adoption. A facility that could cater for the LGBTI person.

“A gay person is raped, where does the person go to for help? We don’t have an emergency safe house for gay persons in distress.”

“But for now it has to be a four-bed facility. A temporary solution to a problem that has magnitude,” says Evans. 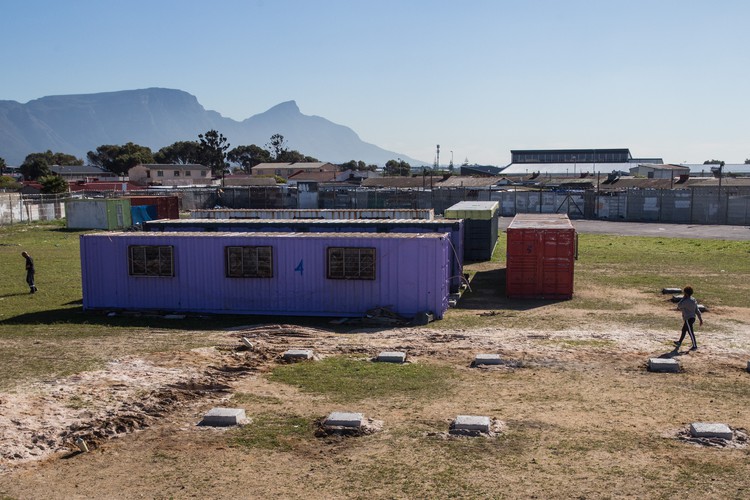 The field where the new women’s shelter is taking shape. Photo: Ashraf Hendricks