Mphalwa and Mene given 30 days to “fix” Makhanda landfill site 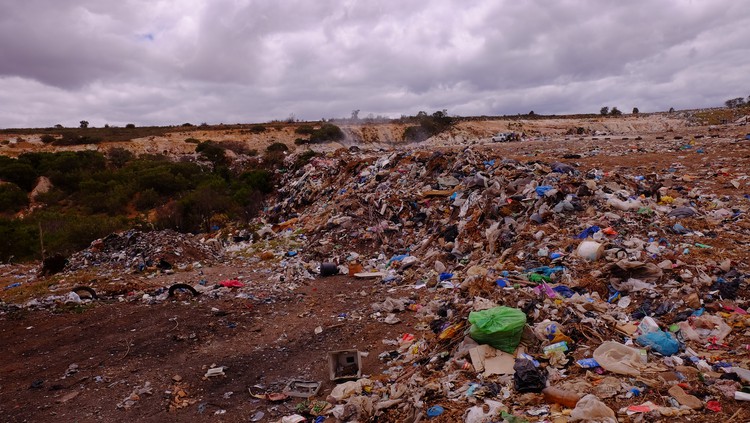 The Makana Mayor and Municipal Manager have been ordered by the Grahamstown High Court to fix this landfill site in 30 days or face six months in jail. Photo: Lucas Nowicki

Makana Mayor Mzukisi Mphalwa and Municipal Manager Moppo Mene have been given 30 days to comply with a 2015 judgment ordering them to bring the catastrophic municipal landfill site in line with legislation. If not, the pair could each face six months in jail.

The application was brought by the Makana Unity League, a civic organisation in June 2019 and was heard in December. They were represented by Brin Brody of Wheeldon and Rushmere Cole and Senior Counsel Izak Smuts.

On Thursday Judge Miki Mfenyana of the Grahamstown High Court found Mphalwa and Mene to be in contempt of the court for wilfully ignoring the earlier ruling.

The order states that Mphalwa and Mene “are sentenced to six months imprisonment” which can only be “wholly suspended on condition” that they comply with the relevant municipal and environmental legislation regarding the management of the landfill site.

The mismanagement of the landfill site has frequently led to it burning for days, releasing toxic smoke across Makhanda. Some residents filed complaints to the South African Human Rights Commision last year about the smoke.

Judge Mfenyana stated that Mene and Mpalwa were “fully aware of the conditions of the site, the environmental hazard posed by the toxic state of the site and recurrent fires”. Mfenyana also sent a copy of Mene’s affidavit to the office of the national director of public prosecutions for investigation “on the grounds of committing perjury”, after Mene argued that the municipality had met the terms of the 2015 court order.

Makana Municipality spokesperson Yoliswa Ramokolo said the matter was sub judice and the municipality could not comment.