Constitutional Court judge quotes Fanon: to “strip someone of their source of livelihood, then you strip them of their dignity too” 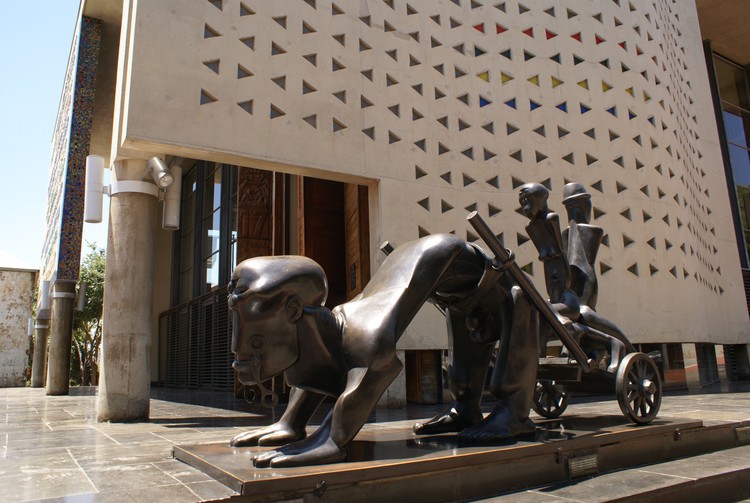 The Constitutional Court of South Africa ruled in favour of communities arguing for a bigger say in mining decisions. Photo: Ciaran Ryan

On Thursday, the Constitutional Court of South Africa ruled in favour of communities arguing for a bigger say in mining decisions.

Members of the Lesetlheng community in North West were granted an appeal to an eviction notice that was previously approved by the North West High Court in 2017. It would have seen 13 families evicted from their farmland to make way for a mining project of Bakgatla Mineral Resources and Pilanesburg Platinum Mine (PPM).

Lawyers for Human Rights (LHR), who represented the community, argued that those occupying the land are the owners and that they were not “properly consulted before the mining right was granted”.

LHR argued that the land was bought by 13 families of the Bakgatla-ba-Kgafela tribe in 1916, but their ownership was not recognised as such under the traditional authorities.

LHR also argued that the mine could not issue an interdict because section 54 of the Mineral and Petroleum Resources and Development Act (MPRDA) had not been followed, which as cited by the court, provides a “speedy dispute resolution process” that facilitates mediation, and if an agreement is not made, then one of the parties may approach a court.

Respondents in the matter, Bakgatla Mineral Resources and PPM, argued that they sought consent via a community meeting in 2007, where there were no objections to mining, and it had therefore been compliant with MPRDA section 54 in obtaining consent.

In his ruling, Acting Judge Xola Petse, quoted from Frantz Fanon’s The Wretched of the Earth, noting that to “strip someone of their source of livelihood, then you strip them of their dignity too”. Petse ruled that section 54 had not been followed and that exhaustive steps were not taken before filing for an interdict and eviction notice, therefore the appeal against the eviction notice was upheld, and the eviction notice was nullified.

The judgment sets a major precedent for communities who could be affected by mining because Judge Petse upheld the validity of informal land rights held by the Lesetlheng community protected under the Interim Protection of Informal Land Rights Act of 1996. It recognises that those occupying and owning the land cannot be deprived of their rights to the land without consent or expropriation.

Thandeka Chauke of LHR’s Land and Housing unit told GroundUp that following Thursday’s decision, there now was “clarity” on section 54, which provides an “internal dispute mechanism” to negotiate land rights and mining rights.

The precedent set on Thursday will affect the ongoing legal battle concerning the Xolobeni community. Johan Lorenzen of Richard Spoor Attorneys said that the precedent from the court decision set out that no mining could take place until compensation is agreed upon in advance and that informal land rights owners “cannot be deprived of their rights without either consent or expropriation”.

While Richard Spoor Attorneys is arguing in slightly different circumstances, Lorenzen noted that “this takes us a long way to what our clients are seeking” and they will “keep fighting” their case in Pretoria.