Support for men accused of vigilante murder in Lusikisiki

“We are waging a war on crime” 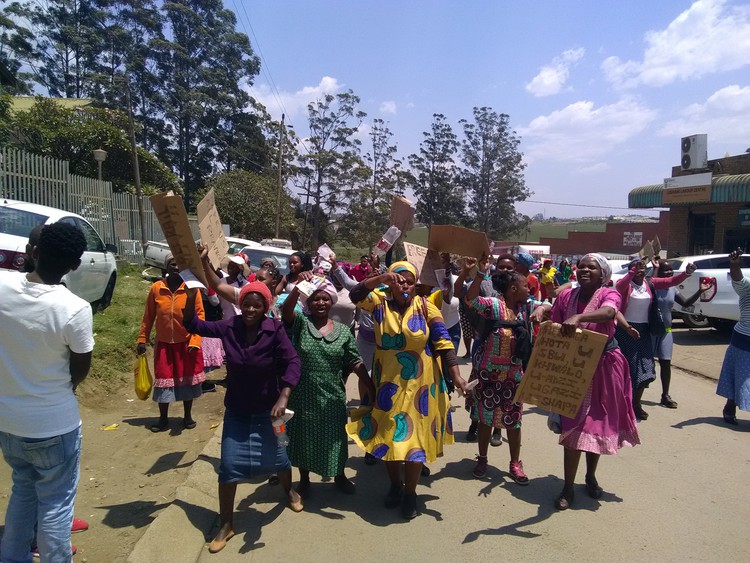 Residents of France location in Lusikisiki protested on Tuesday outside the Magistrates’ Court in support of five men accused of murder and assault after a man died last week.

The men were granted bail.

The men were arrested last Friday and charged with the murder of one person and assault with intent to cause grievous bodily harm to two others. This came after the community policing forum (CPF) of France Location as well as other community members, on Thursday night allegedly beat three men who they suspected of being criminals. One man died on the scene.

Residents protested outside the court to show support for the arrested men, who are aged between 33 and 55.

“We are responding to fire with fire. We have no choice but to protect ourselves and our children from criminals, because the police are failing us.”

“The police are quick to arrest innocent people who want peace in their communities but are too afraid to arrest the real criminals.”

Chairperson of the Lusikisiki Hawkers’ Association Nothobile Biyata said, “What these men are arrested for should not be considered a crime. We as hawkers are thankful for their actions because we have long been terrorised by these thugs. Everyday one of us is held at knife point and robbed. The CPF are the only people we can call on,” said Biyata.

GroundUp tried to get comment from Port St Johns cluster communications officer Captain Nozuko Handile. She said she had no knowledge of the case and could not comment on it or on any allegations that have been made.

Prosecutor Phathile Mbasane did not oppose bail for the men. The case has been postponed to 19 February 2019 for further investigation.

There is a growing movement of Lusikisiki residents vowing to rid their communities of criminals. For example, last Thursday the central business district of Lusikisiki was shut down when residents of Joe Slovo location called for the release of their CPF members accused of killing the three men.