Shortly after GroundUp published a report that noted that the National Lotteries Commission (NLC) had committed on its website to publishing its list of recipients, the NLC removed the webpage. To add insult to injury NLC spokesperson Ndivhuho Mafela contacted GroundUp’s editor and accused us of having referred falsely to a non-existent webpage.

Perhaps Mafela is unaware that Google keeps old web pages for some time and that there is also the Internet Archive, also known as the Wayback Machine. Here is a screenshot of the page as it existed when we published: 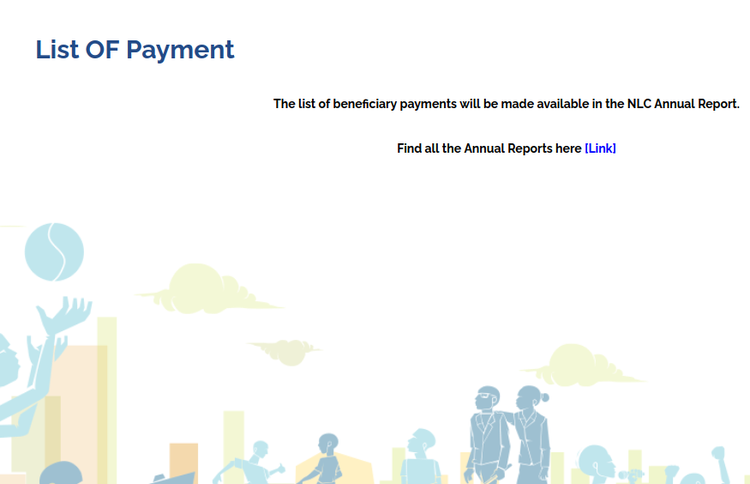 Screen capture of http://www.nlcsa.org.za/list-of-payments/ from Google’s cache. The page is also available on the Wayback Machine. (The page is long, so we have not included the part with the NLC’s logo, but you can click on the links in this caption to see for yourself.)

And here is the same page sometime after our article was published:

The same page was removed shortly after GroundUp’s article of 21 July referred to it.

One mistake we made was to assume that the webpage was new. The Internet Archive shows it had been up for years. But its removal and Mafela’s approach to GroundUp indicates that the NLC still has no intention of making its grant recipients public.

About a third of every lottery ticket is supposed to go to good causes. This was the justification for the lottery when it was introduced two decades ago. The NLC is responsible for distributing this money to non-profit organisations who are then supposed to use it to alleviate poverty and develop the country. The NLC used to publish the list of recipients with its annual report. Following exposes of corruption with many of these grants, the NLC has stopped publishing the list of recipients.