For 27 years, Lefika la Phodiso has welcomed Johannesburg children from six to 18 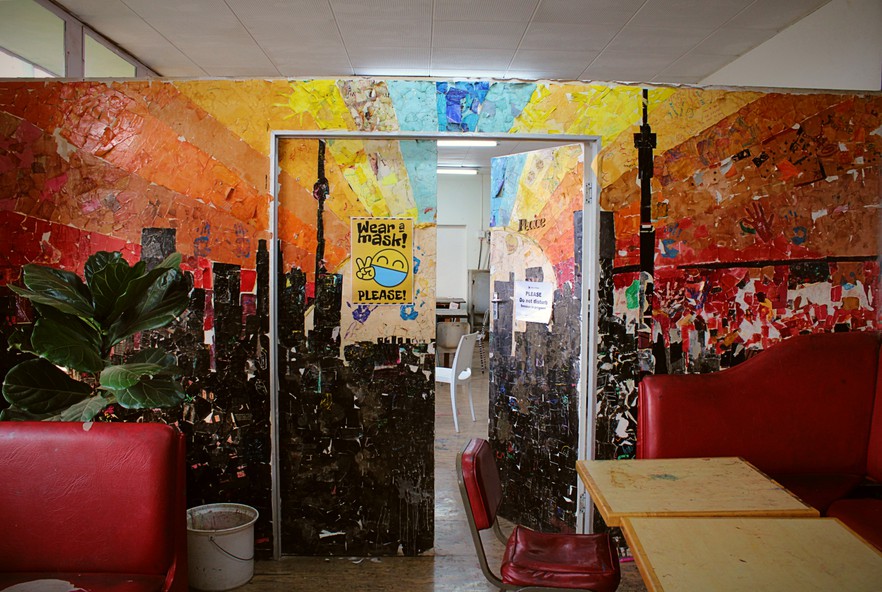 For eight years, 16-year-old Hlomla Sithole has been coming from his home in Hillbrow in Johannesburg to attend afternoon programmes at the Lefika la Phodiso Community Art Counselling and Training Institute near Constitution Hill.

Lefika la Phodiso, which means “the rock of healing” or “holding” in Sesotho, has been operating since 2007 in the Children’s Memorial Institute, a building nearly 100 years old on the border of Braamfontein and Parktown. The building, a children’s hospital until the 1970s, now houses about 30 organisations that provide services to children in Johannesburg’s inner city.

“Lefika has been doing this work for 27 years, serving children from ages six to 18,” says Rozanne Myburgh, drama therapist and Lefika’s managing director.

Facilitators at Lefika use visual arts, drama and music to provide free after-school therapy for children in the inner city. The bright walls and art created by students contrast with the aged building’s brown exterior.

Hlomla, who heard about Lefika from a friend living in the same block of flats, says Lefika has been a space for him to grow.

“My friend described it as a safe place for people who are being bullied and people who feel unsafe at home. Once I started coming, I saw that he was right,” he says.

Through the programmes offered by Lefika, Hlomla says he moved from being a shy boy who struggled with his speech to someone who is confident and able to express himself.

When he was 13 years old, Hlomla joined Uhambo: The Journey, a programme offered at Lefika using story-telling and story writing to encourage the children to read and to help them process their daily experiences.

Hlomla says he has not had an easy life and writing stories has helped him become more self-assured. “At school, people used to tell me that I was boring but I know that I am not boring and my ability to write stories reminds me of that. There was a time when things were really difficult at home, my mom was sick and we had to look after her. To help me through that time, I just kept writing,” he says.

He wants to be a screenwriter when he grows up.

“The stories I write are all influenced by what is happening around me. We all see things differently and I like that people get to know a bit of my thinking, and a bit about me, through my stories,” he says. 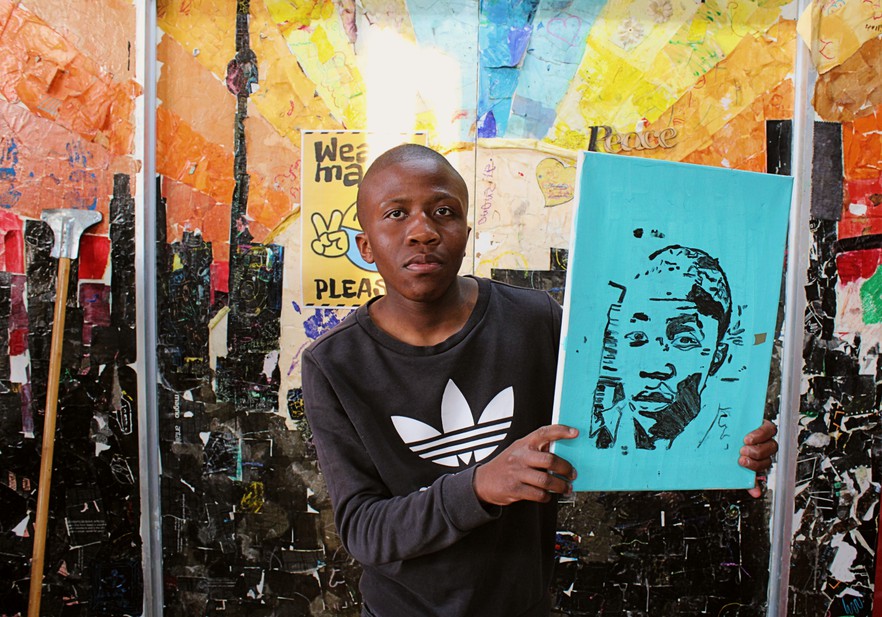 Hlomla Sithole with one of his art works. He has been coming to the centre for eight years. Photo: Masego Mafata

Through the work created by the children, facilitators at Lefika are better able to understand some of the problems the children may be facing, says Ziyanda Magadla, a facilitator at Lefika.

“Lefika gives children a space to express themselves. We ask them to explain their images. We act out scenarios to help them make sense of their feelings and to imagine the kind of environments they wish to exist in. Through this, they open up, and children who need to speak further feel comfortable enough to speak to us,” she says. Children are referred to specialists where necessary.

“The life of a child in the inner city is riddled with systemic and physical violence, poverty, Afrophobia and a lack of access to services. There’s little room for children to have agency, so we try to create an environment where the children can choose to come to Lefika and, as far as possible, choose which programmes they attend,” says Myburgh.

Apart from art therapy, Lefika provides academic and homework support, run by volunteers from a nearby school. Other volunteers and facilitators offer drama sessions, which are popular.

The children receive a meal before the afternoon sessions and another meal at the end. “We receive donations from organisations such as SA Harvest, to make this possible,” says Myburgh. When the institute was closed during the hard lockdown, the children received food parcels and art therapy packs to take home.

With about 90 weekly attendees at the afternoon programmes this year, Lefika continues to grow as the children spread the word to their friends. So far about 570 children have attended the programmes. The core team at Lefika consists of five people.

“We rely a lot on volunteers, donors and sponsors. This can sometimes be difficult because a lot of our ideas require funding that we don’t have. At the moment, I really want to create a chill room for our teenagers, but I still have to source funding for that,” says Myburgh. 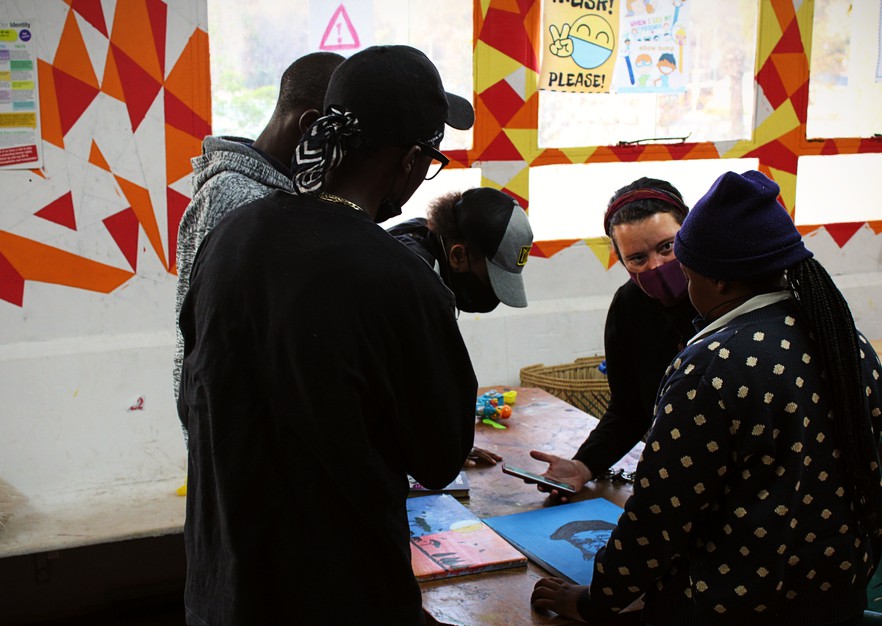 Rozanne Myburgh, drama therapist and Lefika’s managing director, talks to the children about the artwork they created during one of the sessions. Photo: Masego Mafata