Residents demand transport for learners who walk up to 9km 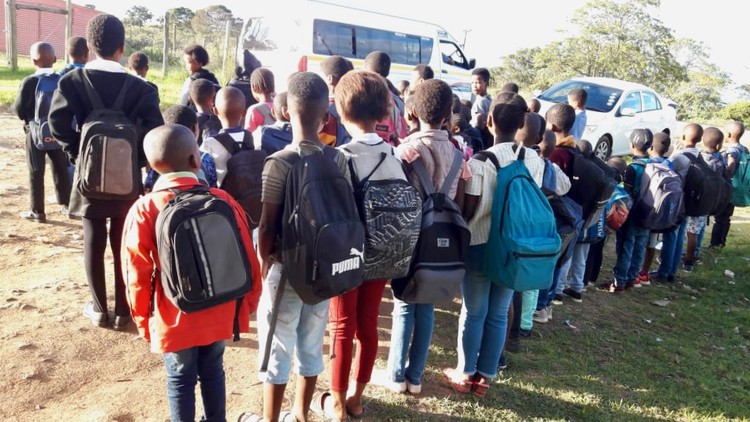 Residents of Lebokeng, Northern Cape say the Department of Education and Joe Morolong Municipality has failed to provide transport for learners who walk up to 9km to school. Archive photo: Lisekho Madikane

Community members from Lebonkeng in rural Northern Cape have expressed frustration at the Department of Education and Joe Morolong Municipality’s failure to provide transport for learners.

They say that many learners have to walk as far as 9km over flooded roads, unsafe fields, and degraded bridges to get to school. With schools opening on Wednesday, residents say they fear for the safety of these learners.

“We wrote to the municipality and Department of Education but got no reply,” says Tobogo Etshegang, a local resident.

The provision of learner transport was initially the responsibility of the Department of Transport, Safety and Liaison (DTSL) but was transferred to the education department in 2018. According to the provincial department’s website they provide transport to over 24,000 learners from 267 schools and employ 224 transport operators.

Thapelo Sesing, ward councillor for Lebonkeng in Joe Morolong Municipality, says that learner transport is a “real concern for the area”. Sesing says that the province has sidelined learner transport, often not showing up for meetings on the issue.

He says that road maintenance was so bad that the operators can’t reach many of the children. “Since the inception of learner transport, the service providers have not been assisted by the department.” Sessing adds that operators also complained that they were not being paid enough.

The Northern Cape Department of Education spokesperson, Geoffrey van der Merwe, told GroundUp that “an application for this route [in Lebonkeng] was submitted in 2017”.

He said that back then learner transport was still managed by DTSL. “At that time there were a number of applications for routes that were submitted to DTSL, but were never approved” before the mandate shifted to the Department of Education in 2018.

He said that the department has “informed our District Office to request emergency approval for this route” and that this “will ensure that learners can be transported from the 15 January 2020”.

The Joe Morolong Municipality communications office did not respond to questions but said that scholar transport was not part of its mandate.