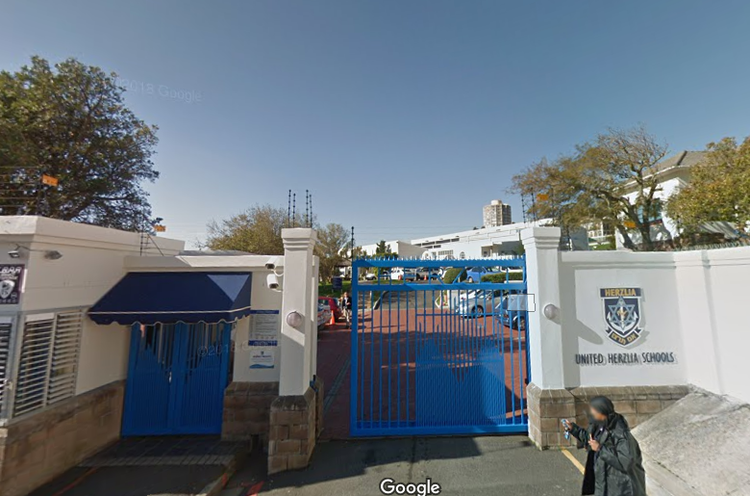 Last Thursday during a ceremony at Herzlia Middle School in Cape Town, two learners knelt in protest during the playing of Hatikvah, the Israeli National Anthem.

The event was a graduation ceremony for grade nine learners. The two grade nine students “took a knee” when the Middle School Vocal Ensemble began to sing Hatikvah. It is quite common for Herzlia events to include the singing of both the South African and Israeli national anthems. It was also not unusual in the past for students opposed to the school’s Zionist stance to either sit or stay silent during the singing of the Israeli anthem.

Following the ceremony and the learners’ protest, an email was sent by the school’s Director of Education Geoff Cohen, to all parents. He wrote that kneeling during the schools’ “formal and prestigious event” was “inappropriate” and “demonstrated deliberate and flagrant disregard for the ethos of the school”. He described the students’ actions as “blatant flouting of the School Rules, Herzlia’s Zionist values and the values of Herzlia’s Menschlichkeit [humanity] pillar”.

Cohen went on to write that the school does not take issue with “an individual pupil’s right to question or hold an opinion which differs from the mainstream ideologies of the school” but rather “the time, place and manner in which such views were displayed…”.

It also remains unclear which “school rules” were broken by their actions.

Daniel Linde, a lawyer with Equal Education Law Centre and a Herzlia alumnus, told GroundUp that that he had “much admiration for the Herzlia pupils who bravely knelt during the the singing of Hatikvah at prize giving.” He said he was “disappointed but not surprised at the public admonishing of them by the school.”

The names of the learners are known to GroundUp but we have been unable to reach their parents for comment.

Take a Knee is a a protest movement started by American football player, Colin Kaepernick, in 2016 when he knelt during the United States national anthem to protest against police brutality against black people. Kaepernick was not given a contract at any NFL team following his protest and has experienced harsh criticism, including president Donald Trump referring to him and others that kneel as a “son of a bitch”.