Corruption Watch is investigating the claims 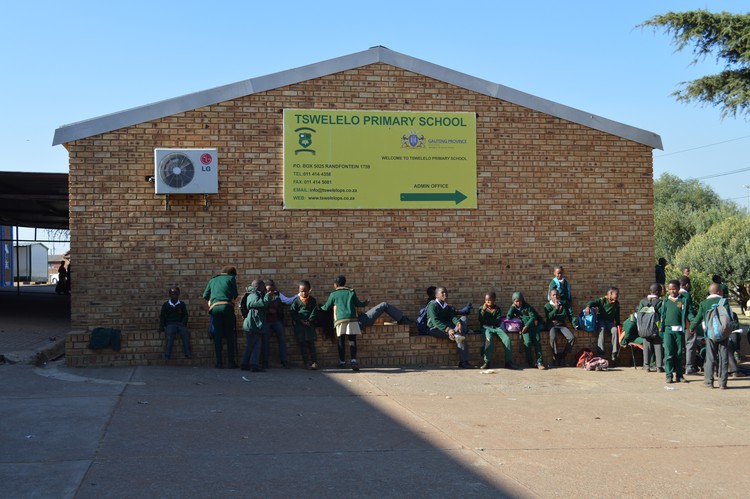 They say that the learners have been suffering because there often isn’t enough food for them at school. Tswelelo has over 750 learners who are supposed to receive lunch from the school every day. The meals are provided by the Department of Basic Education (DBE).

Feeding schemes were developed by the National Schools Nutrition Programme (NSNP). Last year, over 9.6 million learners across the country were fed at school.

This week, two SGB members, who asked not to be named, told GroundUp that they were concerned that food from the feeding scheme goes missing, leaving the children hungry and tired during classes. “Learners come to school with an empty stomach, and the food is not there [for them],” she said.

One of the SGB members said that the food delivered by the GDE was meant to be for six months, but gets depleted in “two to three months.” SGB members approached Corruption Watch in the middle of last year about these issues following the Gauteng Department of Education’s (GDE) failure to respond to three letters requesting urgent intervention in the matter. SGB member said: “Nothing has been done. Every door we knock at gets slammed in our faces.”

According to the Department of Basic Education (DBE), these jobs must be advertised at public parents meetings. “He didn’t follow any protocol,” they said.

The SGB members said one of the handlers were caught stealing food last year. The person was fired, but the principal did not file a report or investigate the matter further. “The matter just vanished into thin air,” said an SGB member.

One of the SGB members said that the school’s kitchen was in disarray. “[The kitchen] is a health hazard. The utensils are not clean,” they said. “But nothing has been done. Nothing is going well there.”

When SGB members tried to repaint and clean the school, they said Sibisi refused. “He wants to bring his own people. But then the work isn’t happening. The school is dirty,” the SGB member said. She said that Sibisi also withheld the financial records of the school and has not shown parents a budget for the year.

The principal has defended his actions to parents in the past, claiming that the food handlers “are poor and hungry too,” and that they need the work. When GroundUp contacted Sibisi this week, he said he did not want to comment on the matter.

The Corruption Watch whose investigation into the claims is ongoing.

GDE spokesperson, Oupa Bodibe told Groundup: “The Department is not aware of any allegations levelled against Tswelelo Primary School. We will be conducting our own internal investigations to satisfy all the legislation and policy processes pertaining to financial management at the school.”

Regarding the allegations of food handlers taking food home, Bodibe said: “There has never been an instance where learners were without food at the school. Our view is that, learners, who are well taken care of nutritionally, perform well at school. The schools submit reports on nutrition to the department on a monthly basis.”