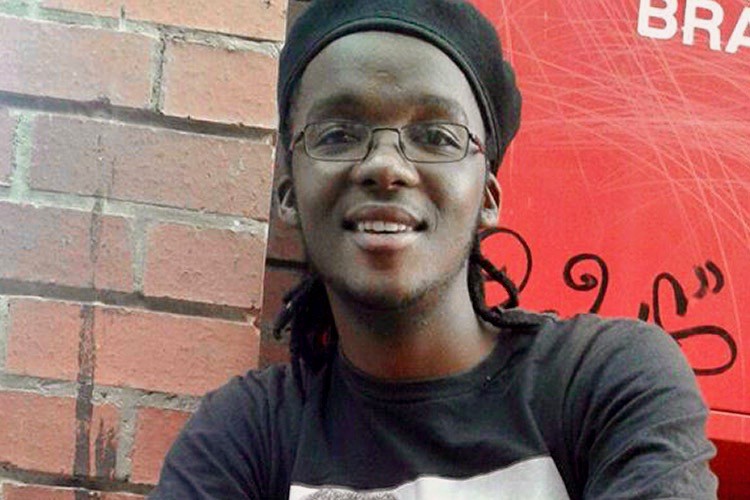 Philela Gilwa was a GroundUp source for events related to a large land occupation in Khayelitsha. Photo from his Facebook profile

Philela Gilwa, a leader in the land occupation in Khayelitsha, Town Two, was murdered on Friday 15 July. His death comes after another leader of the occupation, Mthunzi ‘Ras’ Zuma, was shot dead in May.

The land occupation near the Khayelitsha Magistrate’s Court has been one of the largest occupations in Cape Town in recent years. It started in May when hundreds of sites were demarcated and backyarders attempted to put up shacks.

Occupiers said they were tired of empty promises and renting shacks on people’s plots with no hope of getting houses of their own. The City obtained a court interdict on 20 May and on 23 May the first shacks were demolished. Some residents were arrested and released on bail.

On 10 July the matter was to be heard in the Western Cape High Court where a draft order between the City of Cape Town and those occupying the land, states that the interim interdict issued by the City on 20 May stands until the matter is resolved. The case was postponed and is due back in court on 23 October.

Zama Timbela, one of the occupiers, said that Gilwa was killed as he was walking with two other occupiers from the site of the land occupation to Mandela Park. “On the way they met seven guys who chased them with knives. Philela was at the back. They stabbed him. The other two managed to escape, but they caught Philela,” said Timbela.

Timbela said that nothing was stolen during the attack.

Another occupier, Mabhelandile Twani, confirmed Timbela’s story and said that they were still trying to find more information on who had committed the crime.

Gilwa, who was suspended from the University of the Free State during the Fees Must Fall protests where he served as a chairperson of PASMA, moved to Kilombo Village in Khayelitsha after his suspension. Kilombo Village has become a haven for activists in the area.

Gilwa was one of GroundUp’s main sources for information regarding the Khayelitsha occupation.

Western Cape SAPS spokesperson Sergeant Noloyiso Rwexana said the murder is being investigated. She said that on 15 July at 8pm Gilwa was transported to the hospital with a stab wound to his body. “He subsequently died due to his injuries. No one has been arrested at this stage,” she said.

Rwexana said anyone with information that can assist with the investigation can contact Crime Stop on 08600 10111.