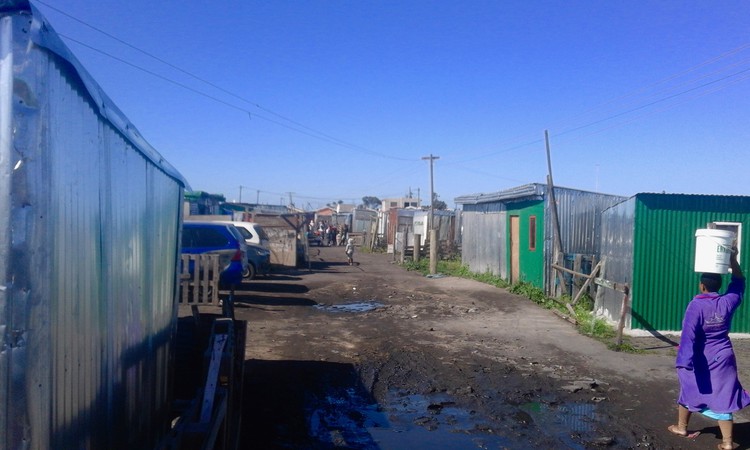 The City of Cape Town earlier this month conducted a site inspection at Siyangena informal settlement on ERF12718, Philippi, to assess the need for basic services and potential constraints.

The land, which lies between Philippi shopping centre and Better Life, is owned by Oasis Crescent Property, a real estate investment company. It has been occupied since January by former backyarders from Philippi, Gugulethu and Nyanga.

According to Godfrey Khiva, a community leader, there are now more than 500 people in the informal settlement. They lack basic services. Some people have illegal electricity connections and a communal tap has been connected without authorisation to the municipal supply.

“We could not allow a situation where our community struggles to get these basic services,” says Khiva.

Mayoral Committee Member for Informal Settlements, Water and Waste Services and Energy Councillor Xanthea Limberg, said the City in some cases will seek permission from the land owner to install services when budget becomes available. In other cases the City will install services on City-owned land adjacent to the property. But there is no budget for unplanned land occupations.

In March 2018, Oasis obtained an order from the Western Cape High Court for the sheriff to remove the occupiers, but the shack dwellers have resisted attempts by Oasis to remove them, most recently in April.

GroundUp has tried numerous times since 8 October by phone and email to get comment from Oasis on what it intends to do about the occupation, what plans it has for the land, and whether it is in talks with the City. Oasis does not respond.

When GroundUp visited Siyangena, women and children were fetching water from the tap.

“We cannot continue with these illegal connections, especially electricity … It is very dangerous. The City should try by all means to convince the property owner so that we get the basic services. We are not prepared to live under bridges if they evict us from this land,” said Thuliswa Vogiya, a mother of two.

“To avoid fetching water at night I have to keep several buckets full before it is dark,” said Khayakazi Xolilizwe.

“I hope we are going to continue staying here. I stayed for about four years in Philippi East as a backyarder, but struggled paying rent, food, electricity and transport. So I decided to join my other relatives here,” said Simbulele Konyashe, who arrived at the end of August.

There are no toilets in the setlement. Many people use the toilets at the local business centre for which they pay R1. Others use the bush.

“We prefer using the nearby bush, though it is risky,” said Xolilizwe. “I have four children and I cannot predict how many times per day I need to visit the toilet. It will end up expensive for the family.”

““The City should try to negotiate with the property owner because we are not going anywhere,” she said.