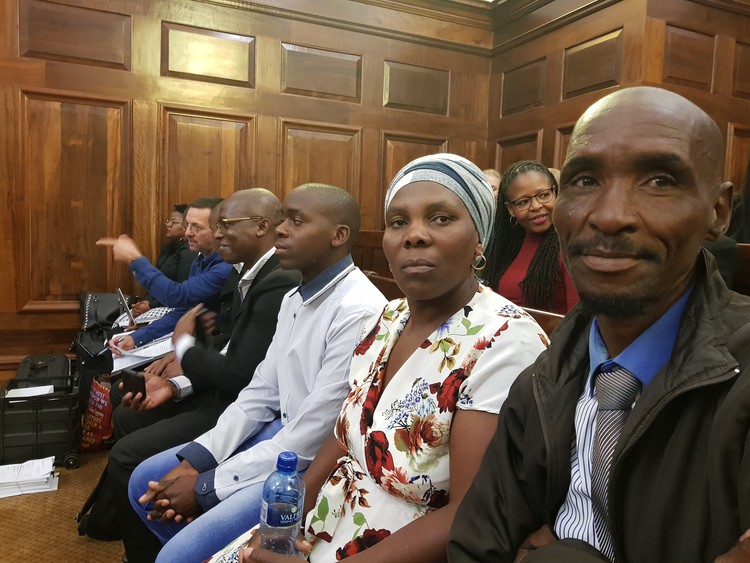 The Supreme Court of Appeal (SCA) awarded the Komape family R1.4 million for emotional shock and grief after the loss of their five year-old son Michael, who drowned in a Limpopo school pit toilet in 2014.

The award overturns a decision by the Limpopo High Court in 2018, which denied the family’s claim for damages arising from Michael’s drowning. The SCA found it “somewhat startling to say the least” that the Limpopo High Court had dismissed the family’s claim for emotional trauma and shock even though the state had earlier conceded the claim. What remained in dispute was how much the family should receive in compensation.

The matter went to trial in 2017 when the two opposing parties could not agree on a suitable financial settlement. The Komape family was defeated in the Limpopo High Court (other than an order requiring the state to ensure all schools were fitted with secure and hygienic toilets, and R12,000 for future medical expenses for two of the Komape children) and then took the matter on appeal.

The Minister of Basic Education and the Limpopo Department of Education were cited as main respondents in the case. The SCA ordered them to pay the R1.4 million award to the family jointly and severally. The Komape family was represented by public interest law firm SECTION27.

The SCA also ordered the respondents to pay future medical expenses for three of the younger surviving Komape children.

Michael “suffered the most appalling and undignified death when he fell into a pit latrine at his school in Limpopo, and drown in its sludge and filth,” reads the judgment.

The SCA ruled that the Komape family had suffered terrible psychological trauma due to the manner of Michael’s death, and the seemingly unfeeling attitude of the education authorities thereafter. Both Komape parents were diagnosed with post-traumatic stress disorder, and for years had trouble sleeping. Michael’s mother, Rosina Komape, fainted when she saw her son’s arm protruding from the school pit toilet. The younger children were likewise deeply scarred by the death and required counselling.

The Komape family had asked the court for two types of damages: R940,000 in general damages and R2 million in Constitutional damages, and further asked the court to develop common law to adequately compensate victims of this kind of tragedy. The SCA found there was no need for the development of common law to assess the damages occasioned by their feelings of loss and bereavement.

The court rejected the claim for additional Constitutional damages on the grounds that this would be unnecessarily punitive as the court had already granted financial damages to the family. The state was ordered to pay the costs of the case.

The Supreme Court rejected an attempt by class action specialist Richard Spoor Inc. to intervene in the case on the grounds that he had an interest in its outcome. Spoor, who is involved in a class action suit against Tiger Brands related to the outbreak of listeriosis in 2017 that resulted in more than 200 deaths from tainted food, asked to be admitted as a friend of the court so that he could advance arguments calculated to assist the court in reaching a decision. The SCA denied his request because he had a partisan interest in the matter, as he could potentially earn substantially more in his listeriosis class action case depending on the outcome of the Komape case.

SECTION27 welcomed the judgment. “SECTION27 hopes that this judgment will bring some semblance of closure for the family and restore their dignity for the manner in which Michael died and the treatment of the family by education authorities in the aftermath of his death,” the organisation said.