Know your rights: when can you be evicted and how?

No-one can be evicted without an order of a court 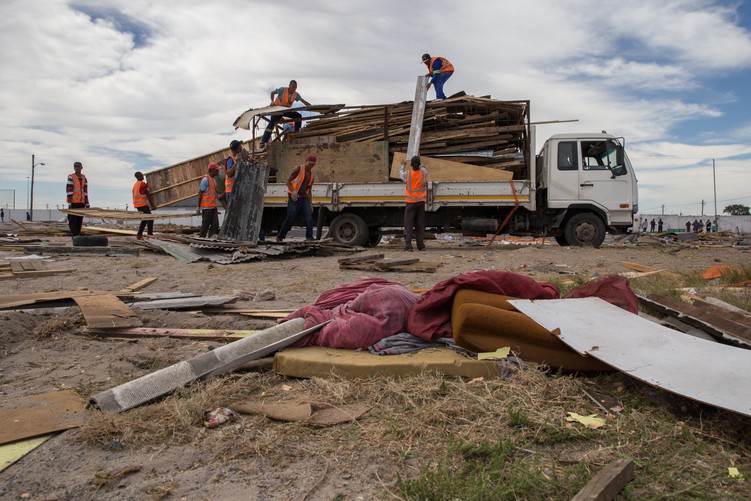 No-one can be evicted from his or her home without a court order. Archive photo: Ashraf Hendricks

Every year, hundreds of families are forced out of their homes by government departments, municipalities, private individuals or corporations. Evictions are a common occurrence in South African cities, informal settlements and townships.

What does the law say about evictions?

To answer this question we will need to start with the Constitution, which shapes and gives power to all law in the country.

Section 26 of the Constitution says that everyone has the right to adequate housing and that the state must take reasonable legislative and other measures, within its available resources, to achieve the gradual realisation of the right. This means that the government must enable access to adequate housing over time and within the limits of its resources. The government is not required to provide housing instantly where it has no resources to do so.

Another important part of section 26 states that no one may be evicted from their home, or have their home demolished, without an order of court made after considering all the circumstances. The law does not permit arbitrary evictions. This means that before you are evicted there must be a court order. A court must consider how the eviction will affect the people who will be evicted and evictions cannot be done without good reasons.

To implement this part of the Constitution, Parliament enacted two statutes - the Extension of Security of Tenure Act (ESTA), in 1997, and the Prevention of Illegal Eviction from, and Unlawful Occupation of, Land Act (PIE) in 1998. ESTA applies only to agricultural land, mainly land outside cities and towns, and has special protections for occupiers of land. PIE applies to all land throughout South Africa. It explains which procedures must be followed to evict people lawfully. PIE applies to unlawful occupiers, people who do not have permission from the owner of the land or home in which they are living.

Unlawful occupiers do have rights, according to PIE and the Constitution. This is very important. And in terms of PIE, an eviction can only be authorised by a court after taking into account the rights of all people involved.

PIE requires a court to consider:

Besides PIE, there is also the National Housing Code, which contains the Emergency Housing Programme. This Emergency Programme covers emergencies such as evictions, demolitions, displacements due to conflict or unrest, and people living in life-threatening conditions. The Emergency Programme makes municipalities responsible for providing temporary alternative accommodation to people who would be homeless as a result of an eviction. The Programme states that municipalities must budget for emergency housing situations and must apply to the provincial government for funding.

An eviction is illegal if:

What about people who occupy land?

In other words, if an interdict is granted to prevent people occupying land, and those who have been warned against occupation nevertheless occupy the land, the owner must again approach a court for an eviction order before the eviction can take place.

Now that we have covered unlawful evictions let us take a look at the process for lawful evictions. If any of the steps below are missing, the eviction is illegal.

For a comprehensive look at the laws on evictions and for popular education material, visit the SERI website or phone 011 356 5860.