Frustrated grant beneficiaries had to travel to other offices 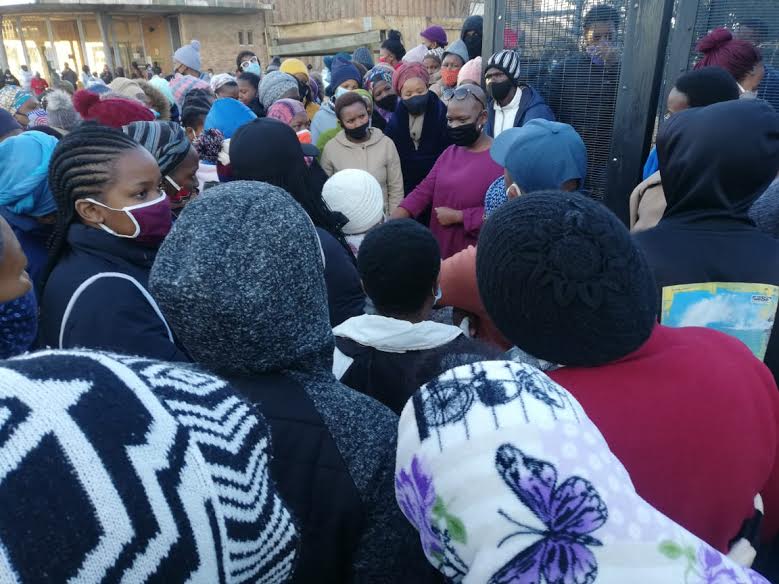 Khayelitsha residents waited outside the SASSA offices on Wednesday, but the offices were closed due to a water leak. Photo: Buziwe Nocuze

Khayelitsha residents have complained that the Khayelitsha offices of the SA Social Security Agency (SASSA) have been closed since last week, forcing them to visit other offices in Cape Town.

SASSA spokesperson Henry De Grass said the offices had been closed because of a water leak. “The office has not dried up as quickly as we expected, therefore, services could not resume,” said Grass. He said the office would re-open on Thursday.

Several residents said they visited other SASSA offices in Bellville and Mitchells Plain but were told to go back to the Khayelitsha office.

“I am depending on grant money and any delay in assisting me will affect me seriously. To make matters worse I borrowed money to commute to Bellville and Mitchell’s Plain SASSA offices but did not get the necessary services,” said Tamara Ngundze.

Nomathamsanqa Mashiya said she was worried that when the offices re-opened there would be chaos because of the long waiting lists. She said SASSA officials should have explained to people why the office was closed lest people believed it was closed due to a case of Covid-19.

Anele Sota said people were frustrated “since they had no food at home”.