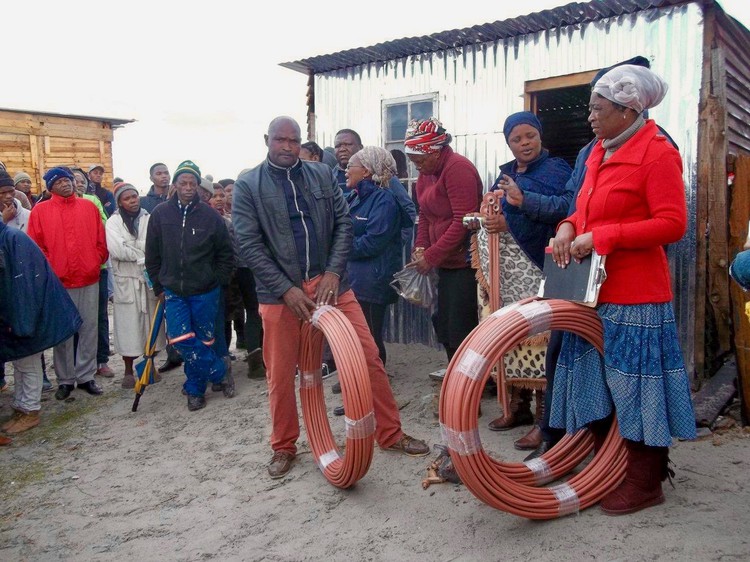 Residents of Siyahlala informal settlement, Khayelitsha, have started to install their own water pipes.

“We can’t ask the City of Cape Town to give us water taps while it sends law enforcement officials to destroy our shacks,” says community leader Noxolo Sam. “We have to use our own initiative.”

Sam said a community meeting in May resolved to collect the money for the project.

She said residents in the nearby Phase 3 neighbourhood didn’t like shack dwellers collecting water from their taps. “The residents hate us and say we stay on a land that is earmarked for their RDP houses,” said Sam.

Newcomers to Siyahlala pay R400, while other residents contribute R100 towards the purchase of water pipes and taps. Community leaders manage the project and keep the money. 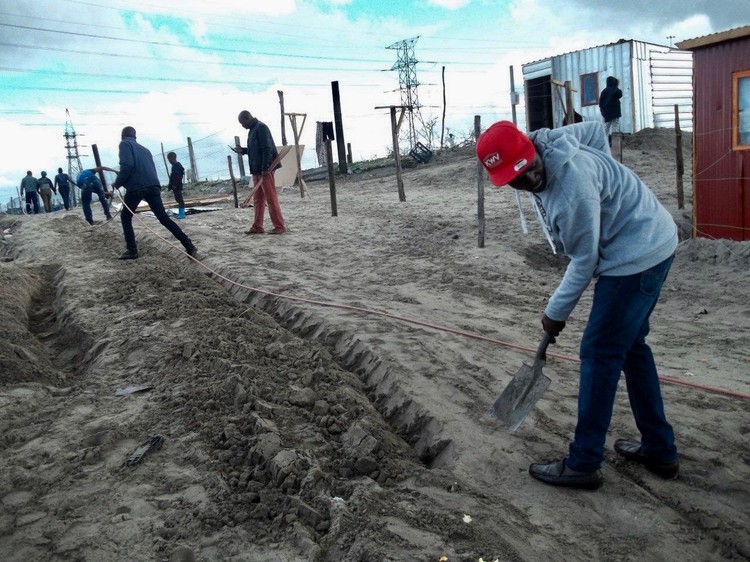 “At weekends we shout over a loudhailer and call residents to a meeting where we show them things we have bought and tell them where we will install pipes and taps,” explained Sam.

Residents dig up trenches in their own areas and install the pipes and taps themselves on weekends when everybody is home. The water pipes are linked to the water pipes at the Phase 3 toilets. About eight taps have already been installed.

“Now we are installing our own water pipes so that we don’t have to beg house owners for water to drink, bathe and cook,” said Mzibongile Mqungquthu, who was helping dig a trench for the pipe.

Sisipho Ndongeni said that when fetching water at the toilets at Phase 3 in Green Point “we get into trouble sometimes with the skollies”.

“I normally store large quantities of water in big buckets inside my shack. But now I won’t have to keep such amounts in my shack as I will get fresh water from a tap close by,” she said.

Resident Olwethu Nkenye said, “The project will change our lives for the better. Now I will be able to do laundry without collecting water several times from far-off water taps.”

Mayoral Committee Member for Informal Settlements, Water and Waste Services Councillor Xanthea Limberg said that the City will send a team to the area to see if it can assist. She said, though, that the connections were being made without the official approval and are therefore illegal. 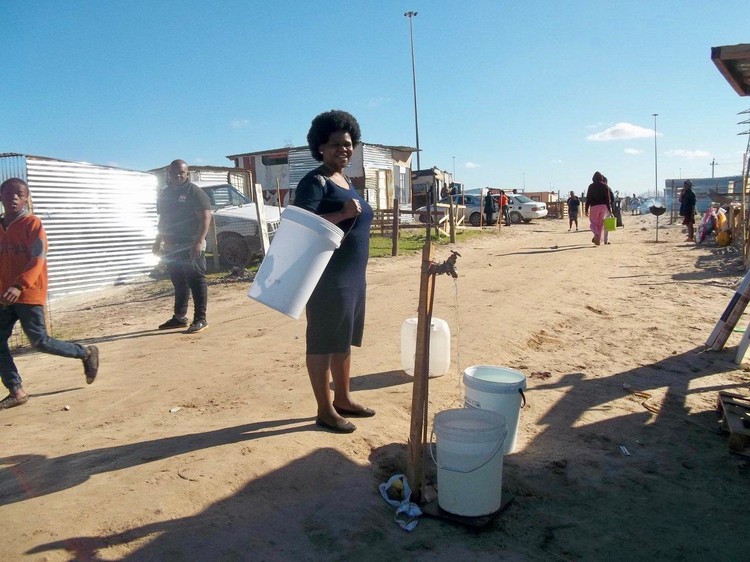 A resident draws water from one of the taps the community has installed.