In a complaint lodged with the City, the residents allege they have to pay bribes to prevent their shacks being demolished 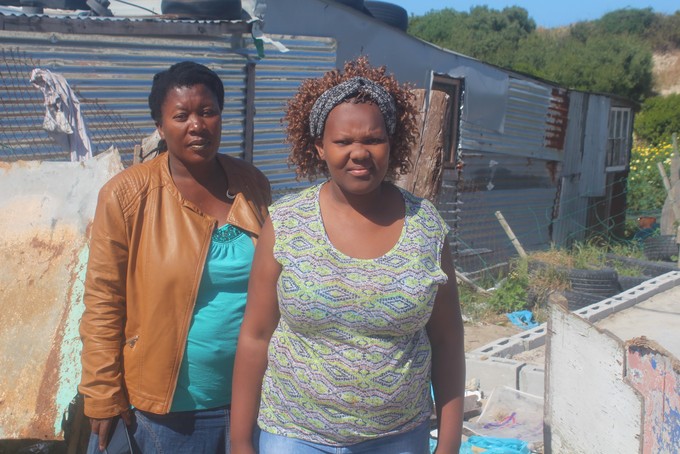 Residents of Monwabisi Park in Khayelitsha have lodged complaints of bribery and unfair treatment against City of Cape Town officials. The residents have started a campaign for more transparency about how the Anti-Land Invasion Unit (ALIU), which falls under the City’s Informal Settlements Department, actually works.

Speaking to GroundUp in Monwabisi Park, an informal settlement not far from the popular Monwabisi Beach, residents alleged that they have to pay officials up to R1,000 to stop the ALIU from demolishing their structures.

Unathi Mdladlamba said he paid R200 to ALIU people to stop the demolition of his shack. His father was still inside as they prepared to demolish it. “My father came from the Eastern Cape to stay with me because he became too ill and needed someone to take care of him, so when he came, I extended my shack to make space for him.”

Mdladlamba explained that at the time he “was clueless about how things work.” He said, “I didn’t know that I had to go to the law enforcement offices and apply to get permission to extend. So we extended and law enforcement came and started demolishing the extension, not knowing that my bedridden father was inside.”

He said luckily the demolishers were told before the structure collapsed on his father. “We went to the law enforcement offices again in Ottery to apply and then we were told to wait. But despite that, I had to pay one of the officials R200. This meant that I could extend again without my extension being demolished. But this only lasted a few weeks before the unit came again.” Eventually Mdladlamba got the permit.

Another resident claimed she was told to deposit R1,000 via the Shoprite Money Market to stop her shack from being demolished, and she did so because she would not have had anywhere to go if her home had been destroyed.

On 25 August, Zoliswa Qase lost her home and materials at the hands of the ALIU. “Two men came to my house on the 24th and questioned me about why I had changed my structure. I told them I hadn’t changed it, but I just put a few materials to lift it to stop the rain from coming inside. On that same day, they sprayed a red X on my structure and said they would come with their supervisor the following day to show him what we had done. The next day no supervisor came, just the whole unit, and they started demolishing my structure. Fortunately my neighbour offered me a place to stay.”

Driving through the informal settlement, three other homes near Qase’s demolished shack also had a big red X on them. Qase said the structures had been marked last week but had not been demolished. “I find it very unfair, especially since this past weekend I had rebuilt again, and they came again on Monday and demolished my structure. I have been to the law enforcement office to apply but was told that I might not get a permit, just because I came from Du Noon,” she said.

Community leader Nandipha Nqandolo said this issue was starting to cause conflict between residents because the officials claim that they are tipped off by residents or community leaders. That is how they know that they should come and demolish, he explained. “And these same officials are the ones who are paid R500 by some residents.”

Community activist Sihle Solontsi said: “Our main aim is to get law enforcement to establish offices close by, instead of people having to struggle to get to Ottery. Even if they do manage to go and apply for permits, sometimes it takes up to a year to receive one. Many of the residents do not even know how law enforcement works. Can they just come and demolish? Don’t they need to have a court order? Shouldn’t they warn people in advance before they demolish? We have tried to get a meeting with them, but to no avail. We have called. We have emailed. We have even SMSed, but no one is willing to meet with us. By meeting with them, we trying to avoid things like protests and marches, because residents are really frustrated.”

In an email dated 5 September, Willem Gantana, a principal field officer in the ALIU, instructs one of the officials to arrange an investigation into the issues and allegations raised by the residents.

Another email dated 12 September, by Johan Gerber, Manager in the Department of Informal Settlements said: “Please be advised that the City had appointed a forensic investigator into the allegations of corruption and we are awaiting the outcome of this investigation.”

He also wrote: “As for the action of the ALIU, they will carry out their mandate, and any illegal structure found will be demolished as counter spoliation.”

Councillor Benedicta van Minnen, Mayco Member for Human Settlements, confirmed that the residents’ allegations were being investigated. She said: “The city will advise interested parties on the outcome of the investigation once it has been concluded by the independent investigator.”