Khayelitsha land occupiers to square off with City in court 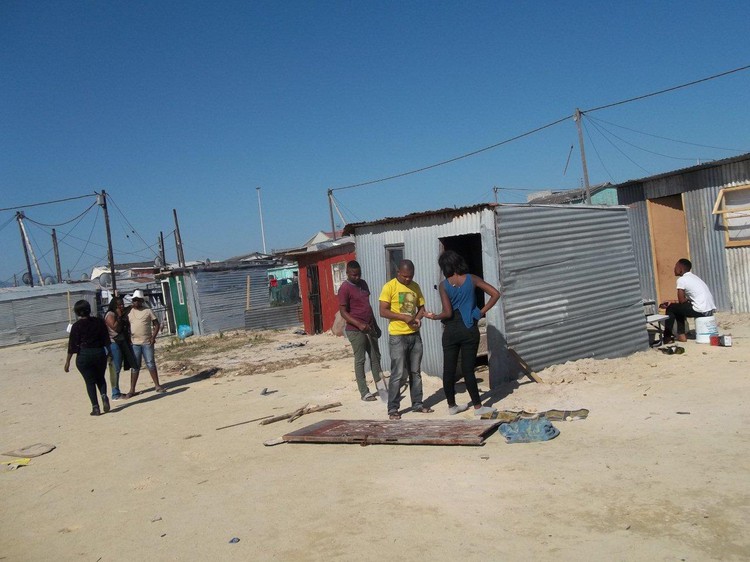 Residents from Mpukwini informal settlement in Khayelitsha have begun rebuilding homes demolished by the anti-land invasion unit two weeks ago. The residents plan to oppose their eviction in court next month. Photo: Vincent Lali

Shack dwellers at Mpukwini informal settlement in Khayelitsha are preparing to square off with the municipality in court next month. They want the eviction order against them scrapped and the City of Cape Town to build them houses on the land.

About two weeks ago, the City’s anti-land invasion unit and law enforcement members demolished shacks belonging to residents who occupied the land in Makhaza. Residents at the time protested as their building materials were confiscated by officials.

Since then, many residents have rebuilt their homes on the land. The City has an urgent interim eviction order against anyone illegally occupying the land, but the occupiers are raising money for transport to collect some of their building materials from the City’s depot.

Mayco Member for Human Settlements Malusi Booi said that the City was “considering its options” on how to deal with the occupiers. Booi added that if the occupiers wanted to challenge their eviction, they needed to “show cause, if any” as to why the final order should not be granted on 9 September.

But community leader Bandile Kona said they were there to stay. “We don’t want to go anywhere else. We will stay here until the City of Cape Town builds RDP houses for us here.”

He said they were not concerned with the lack of basic services. “I had no other option but to rebuild because I had no place to stay and keep my belongings,” he said.

Samela Mene moved to Mpukwini from Island informal settlement, after her shack flooded during heavy rains. She said life was better at Mpukwini because it was closer to public transport and a crèche for her child.

Mene shares her small shack with her elderly mother and her children aged seven and three. “I’m waiting for the court to make a ruling on our occupation before I extend my shack so it can accommodate my whole family,” she said.

Another resident, Lelethu Mvumvu, whose shack was among those demolished, now squats in a shack with two relatives and their four children at Mpukwini. “I still struggle to raise the R500 that I must pay to law enforcement to get my building materials back,” she said.

On Saturday, an official who only identified himself as Gautanu from the Anti-Land Invasion Unit visited the settlement to warn resident against building more shacks.

“If you build more shacks, your belongings and building materials will be taken away to the scrap yard,” he told residents in the presence of GroundUp. “Whenever there is a new structure, we will take it away along with the furniture. The judge told you not to build more shacks,” he said.