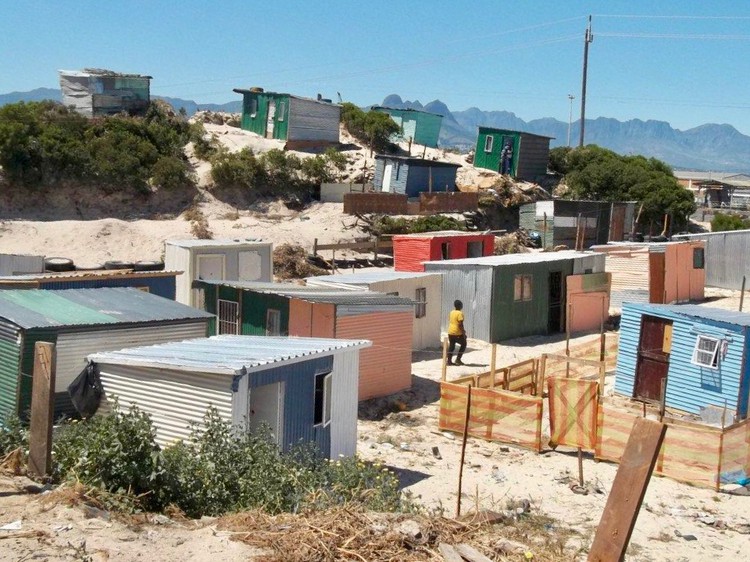 He said about 20 backyarders flock to vacant land beside Baden Powell Drive, Khayelitsha, on a weekly basis. They erect their shacks under the cover of darkness.

He complained about the noise at night, and said the community also had to guard plots of previous occupiers who are are “still scraping cash together to buy building materials to rebuild their shacks” after they were evicted on 31 August.

“As community leaders, we fight with the newcomers when they try to occupy them [old plots],” said Nobalisa.

“We value the evicted land occupiers because they were with us when we first moved onto the land and survived rubber bullets,” he said.

He said the new arrivals came from Makhaza, Nyanga, Crossroads, Harare and other townships.

The fresh land occupiers marked out their plots during the day and built their shacks at night. They put their furniture and other belongings in immediately afterwards, according to Nobalisa.

When GroundUp visited the settlement on the weekend, two youths were clearing land for a plot. “A resident has hired us to clear up bushes and prepare her plot for her shack, which she plans on building tonight or tomorrow,” one of the youths told us.

About 400 families are staying in the informal settlement and the land occupiers have raised funds to buy two water pipes and water taps, said Nobalisa.

Mayco Member for Human Settlements Malusi Booi said: “The City of Cape Town is mindful of the acute need for housing opportunities across the metro … We are making every effort to address this matter and to provide services within a planned and fair manner wherever possible within the constraints that are being experienced.”

“The City condemns land invasions on both private- and City-owned property, because these actions … impact on service delivery to other residents,” he said.