This is where evicted people go

The City of Cape Town says there are plans to upgrade Kampies, an emergency housing location, outside Philippi 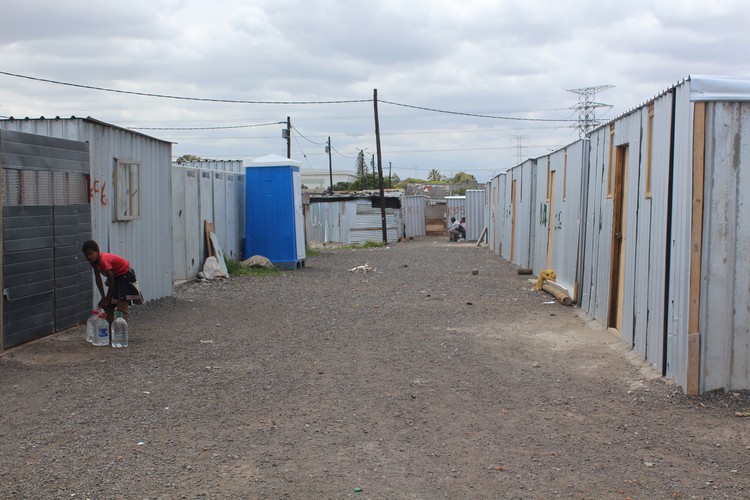 Kampies is a City of Cape Town-run emergency housing site based in Philippi. Residents living here say life has not been easy and complain about lack of access to water and electricity, as well as portable toilets not being serviced. Photo: Mary-Anne Gontsana

Kampies — a sea of zinc sheet structures in between overgrown bush and shrubbery — is one of the City of Cape Town’s emergency housing sites near the farming area in Philippi.

According to a community leader, the area is home to about 140 families who moved to the site after being evicted from different areas in the city. While some households have access to toilets, electricity and water, many residents say that the dilapidated state of Kampies has made life difficult for people living there.

The City says that plans are underway to “upgrade the area in the future”.

Kampies made headlines in 2019, when a group of 76 evicted families chose to sleep on the side of the road rather than accepting an offer to be moved to the emergency housing site. And again earlier this month when Bromwell Street residents facing eviction had earlier turned down the offer to be housed in Kampies. They are challenging the City’s provision of emergency and temporary housing in the High Court.

When we visited Kampies recently, Jolene Alberts was doing laundry outside her 3x6m2 home. She has been living in Kampies for two years after being evicted from a rental house in Hanover Park. Alberts said she applied to the City and moved in following an assessment to determine whether her family was eligible.

“My roof was leaking, water would come in from the bottom of the structure when it rains. But luckily my husband is working so we managed to get these problems fixed. Other people here are not so fortunate,” she said.

Rodney Philipps, a Kampies community leader, said: “We have backyarders, evictees, and people who were homeless living here. Some of our problems include, the poor condition of the structures and taps being far from some structures causing people to have to walk a distance to access water. Even at night, parts of the area are pitch black because some structures do not have electricity and [people have to go outside because] portable toilets are not being serviced.”

But Malusi Booi, the City’s Mayco Member for Human Settlements and Xanthea Limberg, Mayco Member for Water and Waste, said that Kampies has 109 toilets servicing 109 structures according to data collected in February 2020.

Booi said that “work is under way to implement an upgrade project” but that the City had responded to flooding issues during winter. “Development rights must be obtained … The City will communicate as progress is made with our goal to improve the living conditions of the residents.”