Judgment is a victory for Johannesburg homeowners, and possibly homeowners across the country 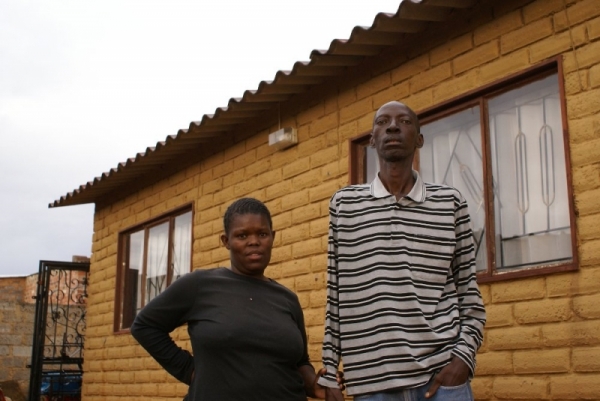 Victor Zuma and his wife Beverly Msibi lost their home after it was repossessed over a R6,000 outstanding debt. Archive photo (2015) by Ciaran Ryan

A full bench of the South Gauteng High Court ruled on Wednesday that repossessed homes may no longer be sold at auction without reserve prices, except in exceptional circumstances.

A reserve price is the minimum price that something may be sold for at an auction. If no one bids at or above the reserve price, the property remains unsold.

Court rules were changed last year to allow for the setting of reserve prices, but this was applied inconsistently by the judges in the Gauteng court. From now on judges will have to apply the ruling set by the full bench.

The ruling has been hailed as a victory for home owners in financial distress, who face eviction from their properties after falling into arrears on their home bond payments. Not only do they lose their homes, they often end up with substantial debt to the lending bank due to court rules that allowed their homes to be sold at sheriff’s auctions without reserve prices.

GroundUp previously reported on homes that were repossessed and sold at auction for R100, or even R10.

Those days are now over for Johannesburg residents, though lawyers following the case believe the precedent will spread countrywide.

“Since the right to adequate housing is a fundamental human right enshrined in the Bill of Rights in our Constitution, the orders to levy execution against property, which are primary residence, are required to be in harmony with the Constitution, which applies to all law,” reads the judgment.

Another part of the ruling relates to the practice of lenders approaching the courts twice for the same matter: once for a money judgment, where the court orders the borrower to repay what he or she owes the bank — and again for a sale in execution order, which is necessary for a property to be sold at auction. Lungelo Lethu Human Rights Foundation, which was admitted as a friend of the court and was represented by the Legal Resources Centre, argued that these two issues should be heard at the same time to reduce borrowers’ legal costs.

King Sibiya, co-founder of the Lungelo Lethu Human Rights Foundation, hailed the judgment as a victory against abusive banking practices. “Since the Constitution came into effect, more than 100,000 families have been evicted. So we are delighted that the court gave us the relief that we were seeking.”

The matter was heard by a full bench of the court after Judge Willem van der Linde referred four repossession cases involving Standard Bank and Absa to Gauteng judge president Dunstan Mlambo, who decided it was time for judges to achieve consistency in their judgments.

The ruling does not make clear what the reserve prices should be. This must be decided by judges based on both lender and borrower placing all relevant facts before the court, including whether the residence is primary or secondary, the extent of the arrears, and the market valuation of the property. The court ruling only applies to primary residences.

Advocate Douglas Shaw, one of the drivers of the change in court rules which allowed judges to set reserve prices, says this ruling will allow Johannesburg homeowners to retain most of what they have invested in their homes, as repossessed properties must now be sold at close to market prices.

In a statement, the Legal Resources Centre said judgment brings court practice in line with section 26 of the Constitution, the right to adequate housing. “We are hopeful that the setting of reserve prices in sales in execution will stop the practice of homes being sold on auction for next-to-nothing and create the possibility of a debtor recovering some money from the sale.”