Decision in eviction case not expected for some time 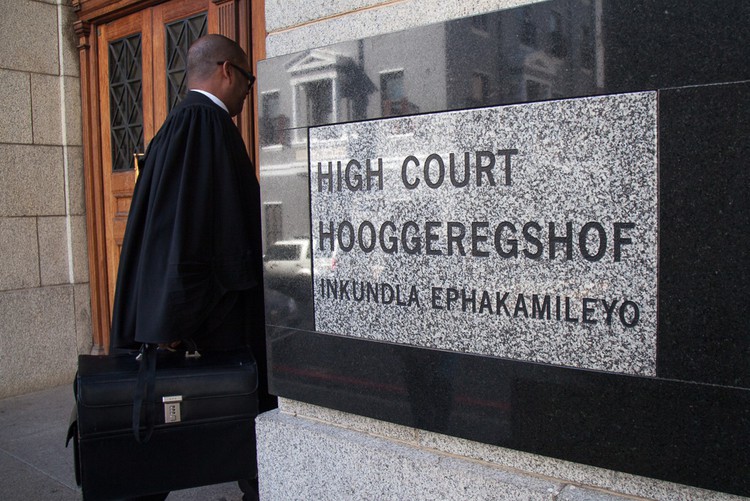 Arguments in the eviction case of the Grootkraal primary school and church wrapped up just after noon today, with comment from advocates on behalf of the community, Western Cape MEC for Education, and the trust which owns the land. All parties were eager to end oral testimonies in a dispute which has been in litigation since 2011.

Read what happened in court on day one and day two.

The court opened with advocate Anne-Marie De Vos, for the community, asking Judge Elizabeth Baartman to visit Grootkraal for an inspection of the premises. “It will assist this court in coming to a decision,” De Vos said.

The Grootkraal site, near the Cango Caves in Oudtshoorn, is a five-hour drive from Cape Town.

After discussion, it was agreed Baartman would supply the advocates with three dates she could travel to the site, and one would be chosen by the group. Parties wishing to send representatives could do so and Baartman would then accept brief written arguments before reserving judgment.

De Vos’s junior, advocate Danie Brand, delivered closing arguments on behalf of the community. Brand restated that the basis of the community’s case was that no one present at court “would say that it is fair that this group of people, this community now be removed from this piece of land that they’ve used for 185 years.” He also emphasised that the school, church and community on Grootkraal were one and the same.

Brand disputed the claims Advocate Lawrie Wilkin made on Wednesday, that the case’s basis in common law was “misplaced”. Wilkin represents the Kobot Besigheid Trust and petitioned Baartman to come to a decision based on legislation.

Legislation, like the Communal Land Rights Act, Brand said, had been struck down by the Constitutional Court. Moreover, the Act did not apply to disputes over private land. He also said the Subdivision of Agricultural Land Act was not valid as it only applied to servitudes (rights to use land) applied after 1974. The community claims to have been using land on the Grootkraal property since the early 1800s.

For his part, Wilkin asserted on behalf of the trust that it had “fulfilled its obligations” to the learners and emphasised that the primary responsibility for the well-being of the students was the state’s. “At most the trust’s constitutional obligation… was to minimise the disruption on the side of the learners,” Wilkin said.

He asked Baartman to “remember the efforts” the trust had taken to “protect the rights of the learners” in negotiations with the provincial government. He also stressed that an eviction order must be given in order to begin the process of relocating the learners and for the state to begin directing resources to do so. He said that if Baartman ruled in favor of an eviction order it would “not mean the community would not have access to the school immediately” following the action.

Advocate Ewald De Villiers-Jansen, for the Western Cape Department of Education, said that the trust was attempting to “draw the MEC into the opposition.” He also said that since the Grootkraal school had “disavowed any reliance on the MEC,” the department could not “be held responsible for the actions which the school adopted.”

Closing proceedings, Judge Baartman said that only after reviewing the case’s materials, including briefs filed after the visit, would she be able to come to a determination. “I don’t want a note in three weeks’ time saying, ‘Where is the judgement?” she said.