“Crime is too high and people are dying. We need our own police station.” 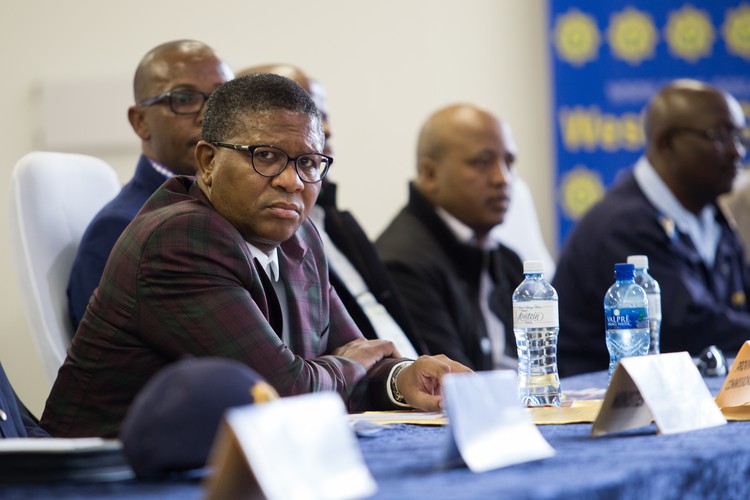 Minister of Police Fikile Mbalula. His ministry had not responded to GroundUp’s questions by the time of publication. Archive photo: Ashraf Hendricks

Tshepisong, a neighbourhood in the west of Johannesburg, has been without a police station for about 20 years.

Sylvia Monakale, Ward Councillor of Tshepisong Ward 128, told GroundUp that residents have to take two taxis to get to the Kagiso police station, spending about R40 to get there and back.

“This is not something we’ve raised just now. We have been asking for a police station for a very long time, even before I was ward councillor. We were promised a satellite station, but nothing has come of it so far,” said Monakale.

Phumlani Khulu, community leader in EbuMnandini, an informal settlement in Tshepisong, said the police told the community that they do not have enough cars to patrol the area. He said that many cases were opened at Kagiso Police Station but nothing happened after that.

“The thugs are still walking around in our community. They [police] also take too long to give victims case numbers which is another problem,” said Khulu. He said the community ends up “taking the law into their own hands now”.

“We decided to blow our whistle to get the community together and patrol our area on weekends,” said Khulu.

“We are suffering here. Crime is too high and people are dying. We need our own police station next to the community of Tshepisong.”

Maria Ditse has lived in the area for ten years. She complained that the police from Kagiso Police Station are slow to respond when they report crimes. “In December last year, a lady was stabbed to death trying to protect her daughter from being robbed. We called the police and they only arrived the next day.” She said there are “troublemakers” in the community that need to be dealt with.

The Police Ministry had not responded to GroundUp by time of publication.