“Even though we know that nothing will bring him back, this is still welcome news” says step-daughter 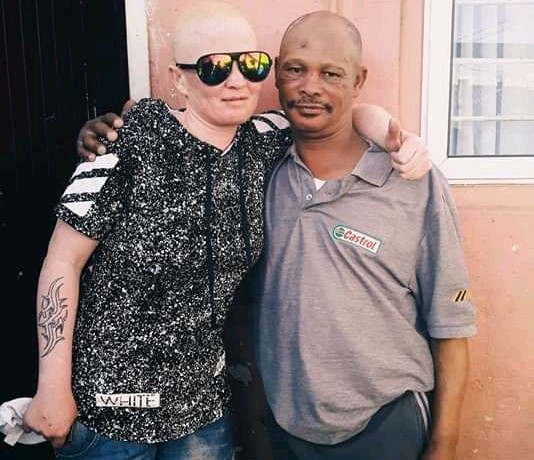 The police watchdog will reopen its investigation into the death of Petrus Miggels, the Ravensmead man who died on the first day of the national Covid-19 lockdown.

Thuso Keefelakae, the acting head of investigations at the Independent Police Investigative Directorate (IPID), announced this during a presentation to Parliament’s Portfolio Committee on Policing (PCP) on Friday. Keefelakae said that allegations of the police’s alleged assault on Miggels, which witnesses say took place shortly before he died, will now be investigated.

A Viewfinder article published last week exposed flaws in IPID’s decision to close the case; a decision which effectively cleared police of wrongdoing. IPID had based its decision on the fact that Miggels had died of a heart attack or “natural causes”. But, as an interview with an expert forensic pathologist confirmed, the trauma or the adrenaline surge brought on by an assault can trigger a heart attack in a susceptible person. The fact that Miggels died of a heart attack did not, therefore, absolve police of all wrongdoing.

Included in the recent statistics were 32 alleged killings by police, 18 reports of deaths in custody, 25 torture cases, eight allegations of rapes by police officers and 589 assault cases. Only 379 of the total number related directly to police lockdown operations.

Details of ten alleged killings by police during the lockdown enforcement were also published by the directorate. Included were details of cases that had not previously been reported in the media, for instance allegations that police beat people to death for breaking lockdown regulations: a 23-year-old man in Naledi, Gauteng on 19 April and a man who was “walking home after drinking alcohol” in Folweni, KwaZulu-Natal on 2 May.

The Miggels case was the first death investigation that IPID opened during lockdown. Miggels collapsed at home in Ravensmead in the Western Cape after police assaulted him, according to eyewitnesses. An autopsy found that he died of a heart attack.

Last week MP Andrew Whitfield (DA) asked police minister Bheki Cele to clarify his position on the Miggels death. Cele had previously echoed IPID’s decision to close the case at a 2 April press briefing, wherein he said that Miggels had died from a heart attack, and “not by the police”. On Friday, Cele responded to Whitfield’s question in writing, saying only that IPID was investigating the matter; which indicated that the case had been reopened.

Government has previously been accused, for instance by a former high-level IPID insider interviewed by Viewfinder last year, of not having the “political will” to hold criminal police behaviour accountable. Parliament’s lack of urgency towards police brutality and the failure of oversight mechanisms may be confirmed by a review of minutes of previous committee meetings with the police and IPID from recent years.

Friday’s meeting however represented a departure from this norm. MPs were collectively outraged at the high levels of police abuse implied in IPID’s statistics.

“While we do not want to pre-empt the investigations, we are worried that so many people could die in the course of a humanitarian intervention, which this lockdown is,” said Shahidabibi Shaikh, the chairperson of the Select Committee.

Tina Joemat-Pettersson, chairperson of the PCP, said that police management “must implement mitigating strategies to minimise the number of alleged transgressions”.

The Miggels case also featured prominently, with MPs from both the ruling ANC and the opposition DA demanding IPID clarify its decision to reopen the investigation and provide a briefing on the status of the case.

Meanwhile, Miggels’s family had not heard that the case had been reopened. Viewfinder alerted Miggels’s step-daughter, Valene Meintjies, to this fact after the committee meeting concluded. At the time, her mother, Miggels’s life partner Cecilia Meintjies, was in Cape Town trying to withdraw the money owed to Miggels by the Unemployment Insurance Fund (UIF). Miggels, who had worked in a fiberglass shop, was the household’s primary breadwinner.

“Even though we know that nothing will bring him back, this is still welcome news,” Valene Meintjies said. “It is disappointing that IPID has not been in touch to tell us that the case has been reopened. We hope that there will be some form of justice now.”