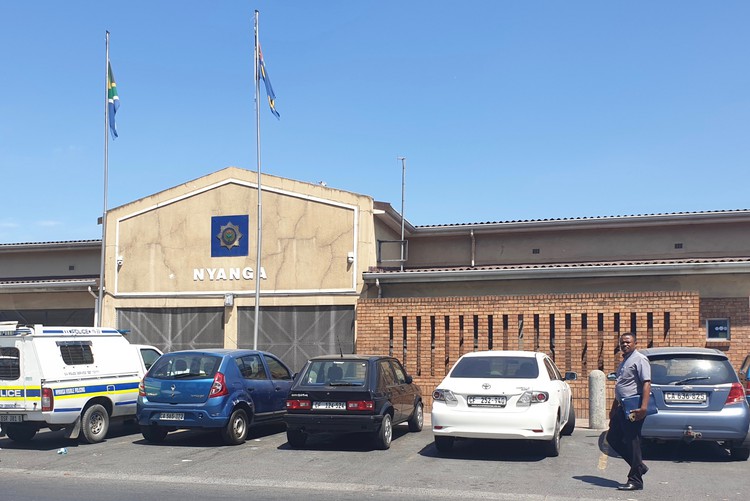 IPID is investigating police in Philippi after officers allegedly assaulted and threatened a woman and her friend at her home earlier this month. The case was reported at Nyanga SAPS and was referred to IPID by the station. Archive photo: Mary-Anne Gontsana

A resident from Siyahlala informal settlement in Philippi, Cape Town says she is traumatised and lives in fear after she was allegedly assaulted and threatened by police officers inside her home last week.

The 30-year-old UNISA student, who asked that she only be identified as Andiswa, said the incident happened on Sunday, 8 November at about 6pm. She said she had borrowed a laptop from a friend to do her exam. When her classmate came to collect his laptop, he was apparently followed by police but he chose to stop near her house for safety concerns.

Andiswa said not long after her friend arrived at her shack, three police vans and a private car pulled up. She said that when her friend got out of his car, a group of police officers approached and started beating him up. “They asked him what he was doing there and why he didn’t stop when told to,” said Andiswa.

Andiswa said at that point one of her nieces came running into the house and told her that her friend was being beaten by police.

“I ran outside and my classmate was on the ground still being beaten. They had ripped his shirt off. I screamed and intervened, trying to explain that my classmate did nothing wrong and was there to fetch his laptop,” she said.

“I started recording them on my sister’s phone. That’s when they shifted their focus to me and told me to stop recording. Two officers tried to get to the phone. I ran inside the house but they followed me and started beating me up asking me to give them the phone,” said Andiswa.

During the scuffle, Andiswa said one of the officers smacked, kicked and pepper sprayed her while another officer damaged some of her belongings inside the shack.

“They tore the electric metre box off the wall, broke my cupboard and they broke my classmate’s laptop. When they found my sister’s phone, they broke that too and threatened to kill me and my family if we said anything,” said Andiswa.

By this time, Andiswa’s classmate had been told to leave and a group of residents had gathered outside her shack. Andiswa said the residents were swearing at the officers, accusing them of being thugs “too scared to target crime ridden areas in Philippi like Ramaphosa and Siyanyanzela informal settlements.”

Andiswa said she went to open a case at the Nyanga police station the next day. On arrival, she was told to return on Tuesday because the detective who dealt with these complaints was not there. After insisting to speak to someone, she said: “When I told the officer my complaint, she looked at me and said: ‘Your case won’t go anywhere.’ I looked at her and continued to lay my complaint,” said Andiswa.

Since opening her case on 9 November, Andiswa said she has not received any updates or if it is being investigated. Her classmate refused to be interviewed as he fears for his life.

IPID spokesperson Ndileka Cola confirmed that the matter had been reported and that “the investigation had resumed”.

Asked about the progress of the case and whether IPID had received complaints similar to Andiswa’s case, Cola said: “The investigation process will reveal all other details about this incident.”