Incarcerated women tell NGO they are desperate for help 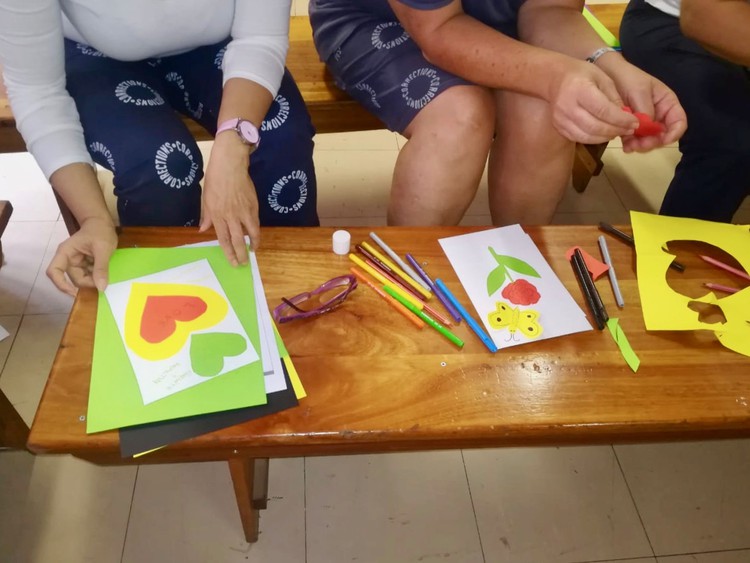 By Unathi Mahlati and Prince Nare

“Please help us!” This plea from an incarcerated woman — said to me and my colleague at Just Detention International-South Africa (JDI-SA) during a Women’s Month event at a facility in Limpopo on 23 August — summarises the sense of desperation among incarcerated women we have spoken with.

So it was disappointing that this Women’s Month passed with hardly a word about the plight of women who are in our prisons.

Roughly 4,300 women are currently in South African prisons — a small fraction of the overall prison population. (In fact, while the rate of incarceration for women is growing globally, in South Africa it has remained stable.)

Yet women’s prisons in South Africa are plagued by appalling conditions, including sexual violence and poor medical care. While this is also true of men’s facilities, there are specific problems faced by incarcerated women — and these problems are consistently overlooked.

In government policy reform initiatives, women’s prisons are relegated to footnotes. Disappointingly, prisoner advocacy initiatives led by civil society also fail to adequately address women behind bars — and this August has been no different.

Earlier this year, in an effort to gain a deeper understanding of incarcerated women’s needs, JDI-SA — a health and human rights organisation that seeks to end sexual violence in all places of detention — held discussions and trauma-informed art workshops with over 30 women in Gauteng and the Western Cape.

These discussions provided a window into the women’s daily experiences of incarceration and their health and safety concerns, including lack of basic hygiene and adequate nutrition, limited sexual and reproductive health products, and psychosocial support services.

This Women’s Month, JDI-SA continued the conversations in Limpopo, and the women expressed similar sentiments — highlighting that the issues are systemic.

The dire shortage of health care services puts incarcerated women and their children — some born behind bars — in harm’s way.

“I don’t want to die here, because l have grandchildren outside, but l don’t think l am going to make it,” said an elderly inmate in Gauteng, holding back tears.

Another inmate said, “You do not know the meaning of fear unless you’ve been abused.” She had endured intimate partner violence prior to incarceration and she said it had directly resulted in her incarceration.

Most incarcerated women have endured prior trauma from sexual victimisation and intimate partner violence. A 2005 study by Sadiyya Haffejee, Lisa Vetten and Mike Greyling of hundreds of women and girls in three Gauteng prisons found that roughly two thirds had suffered domestic violence and one third had been sexually assaulted prior to incarceration.

Another 2012 study by Artz, Hoffman-Wanderer, and Moult in the Western Cape found that two thirds of incarcerated women had experienced domestic violence and/or rape in their adult lives and just under a third reported childhood sexual abuse. Upon release, these women bring this unaddressed trauma back into their marginalised communities.

This year’s Women’s Month call to action — #WhatWomenWant — includes goals that we all agree are important: economic empowerment for women, the eradication of gender-based violence, advancement of the rights of women and young women with disabilities, and the inclusion of the needs of women in government planning. But the list of priorities continues to neglect women in prison. Until Women’s Month recognises that prisoners, too, are deserving of dignity and human rights, it won’t be a fully inclusive movement.

JDI-SA is calling for a deeper understanding of, and a better response to, the needs of incarcerated women, particularly by providing gender-sensitive rehabilitative programmes as well as adequate nutrition, hygiene, and sexual and reproductive health tools. If we are successful, our work will act as a catalyst to ensure that all of us — government, civil society and oversight bodies — mind the blind spot in our collective work: women behind bars.