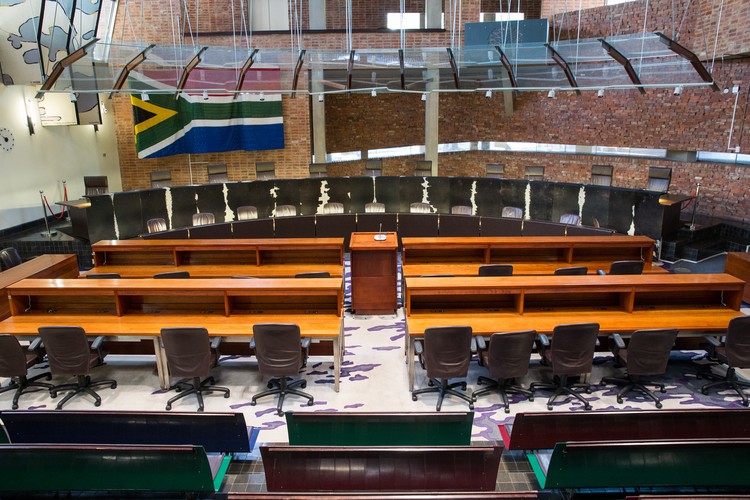 The Constitutional Court has ruled that minority unions do not have to meet the membership requirements laid out in an agreement between the majority union and the employer in order to have the right to organise in the workplace. Archive photo: Ashraf Hendricks

In an important victory for smaller unions, the Constitutional Court has ruled that a minority union can organise in the workplace even if it doesn’t meet membership requirements agreed on by the majority union and the employer.

The POPCRU v SACOSWU case was an appeal to the Constitutional Court from the Labour Appeal Court. The matter dealt with minority unions and their organisational rights, including access to the workplace; access to stop-order facilities for union subscriptions; leave for union activities; use of facilities; and the right to elect shop stewards.

POPCRU and the Department of Correctional Services signed an agreement under section 18 of the Labour Relations Act. The agreement set a minimum requirement of 9,000 members for trade unions to be part of the Bargaining Council and to acquire organisational rights.

SACOSWU, a minority union with about 1,500 members, approached the Department of Correctional Services seeking to be granted organisational rights. The request was granted.

But POPCRU opposed the granting of organisational rights to SACOSWU. POPCRU said that the granting of these rights to a minority union that did not meet the minimum requirements was a violation of the agreement between POPCRU and the Department of Correctional Services.

SACOSWU argued that agreements under Section 18 of the Act could not prevent minority unions from entering into other agreements with employers over organisational rights.

The matter was referred to the Bargaining Council and an arbitrator was appointed. The arbitrator decided that the threshold agreement between POPCRU and the Department of Correctional Services did not prevent minority unions from negotiating their own agreements over organisational rights.

This led to POPCRU making the appeal to the Constitutional Court.

Issues before the court

There were two issues for the Court to decide. The first was whether it was still relevant for the matter to be decided as the threshold agreement had expired. The second was whether an agreement concluded in terms of Section 18 of the LRA prohibited minority unions from accessing organisational rights.

The Constitutional Court held that although the agreement had expired, it was still in the interests of justice to hear the matter. This was because the decision would have practical consequences in future for minority unions who would like to exercise their rights.

The Court found that Section 18 of the LRA has an effect on the rights guaranteed in the Constitution relating to the formation of trade unions and the right to engage in collective bargaining. Because of this, the LRA had to be interpreted in a manner that would give effect to the spirit and letter of the Bill of Rights. The Court found that the interpretation put forward by POPCRU was incorrect. This interpretation would deny minority unions the right to engage in collective bargaining. The Court also held that the Constitution granted this right to all trade unions, regardless of whether they were majority or minority unions. This right could therefore not be limited by way of agreement between a majority union and employer.

As a result, the Court held that Section 18 of the LRA does not prevent minority trade unions from entering into collective bargaining agreements even where a threshold requirement has been agreed upon between a majority trade union and an employer. To prevent minority unions from exercising their constitutionally guaranteed rights would constitute an unjustifiable limitation, the Court said.

On a proper reading of the Labour Relations Act, the Court said, minority unions could acquire organisational rights in three ways. First, they would acquire these rights automatically if they met the threshold set out in the Section 18 agreement between the employer and the majority union. Second, if they did not meet the threshold requirement, they could enter into a separate agreement with the employer for the acquisition of the rights. Third, in terms of Section 21 of the LRA, they could refer the matter to an arbitrator who could determine if the minority union should acquire organisational rights.

Why is the decision important?

This case is important as it enforces the principle that constitutionally guaranteed rights can only be limited in a constitutionally justifiable way and not by means of private agreements.

This decision means that workers are free to join a trade union of their choice, even if it’s a minority union, and still be able to exercise their constitutionally guaranteed rights.