“This is the life we live … If we do not pay, they send nyaope boys to my shop to start a toyi-toyi” 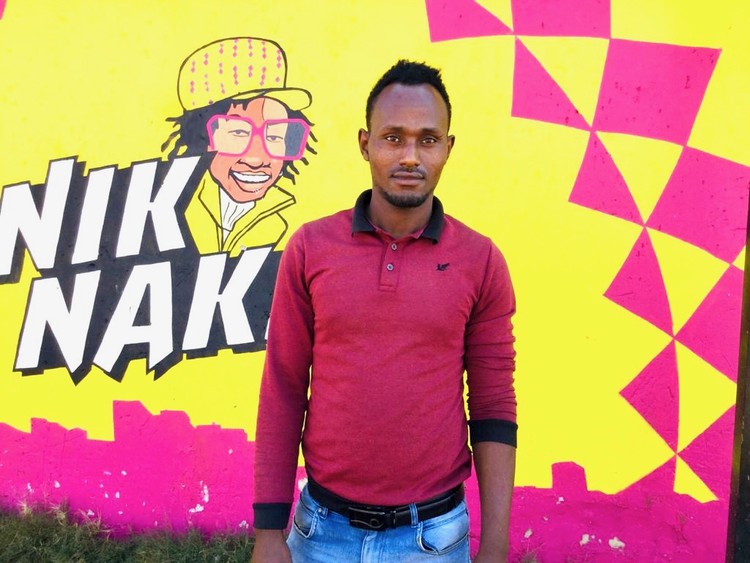 Shop-owner Tagai Bachore, originally from Ethiopia, says his business is struggling to recover after being looted in August, yet he must still pay R500 a month in “protection” money. Photo: Kimberly Mutandiro

With over 200 immigrant-owned shops in Thokoza and the Phola Park area of Ekurhuleni, Gauteng, protection rackets are big money. Numerous shop owners have told GroundUp that they pay between R500 and R1,000 a month to “taxi bosses” and their henchmen in protection fees. But when trouble erupts, their “protectors” are nowhere to be seen.

“I have been paying a protection fee of R1,000, but l am operating at a loss. If l dare challenge the people there will be trouble,” says Yeachin Sarker, a shop owner in Alberton, originally from Bangladesh.

When the men first approached him a year ago, they told him it was to protect him from xenophobic violence. Despite paying, his shop keeps getting broken into and it was looted earlier this year.

The henchmen, who stay in a nearby hostel, come to his shop on the first of every month. He says most of the time he hasn’t got the money and because they threaten him he has to borrow the cash. Now he owes his wholesale supplier for stock and his business is on the verge of collapse.

“To think that l give it away all for nothing, breaks my heart,” he says.

He has been severely ill in the past two months but that has made no difference to the men. Sometimes they even give him a receipt, a scribbled piece of paper. We saw one from August.

Opposite his shop is a street with a pile of bricks and the remains of burnt tyres. It has served as a main protest spot in the area. Each time he holds his breath, fearing his shop will be looted or burnt to the ground.

His business is struggling to recover from being looted in August. Since then there have been break-ins as well.

“This is the life we live in South Africa. If we do not pay, they send nyaope boys to my shop to start a toyi toyi and make trouble,” says Bachore.

“They do not know what we go through to raise the [protection] money and they do not care,” he says.

“AK guns have been held against my face many times. l have lost count. All because people wanted to loot my shop or take money from me. As we speak l am mourning the death of our brother slain in Katlehong in August during xenophobic violence, but all they care about is taking money for security which we never see,” says Bachore.

“When will it end?” asks Konjo Else, who is also from Ethiopia and has a shop in Phola Park.

A week and a half ago his shop was broken into at night. He was safe behind the security cage in the shop, but they got hold of his assistant, Gabriel Chari, a Malawian, and tortured him during the robbery.

“They demanded money, which l did not have. One of them cut me on the arm. There was blood everywhere,” says Chari. “In the end they looted the shop and left.”

Else was too scared to call the police. Chari was stitched up at Natalspruit hospital.

Phumeza Siswane, their landlord, said, “Immigrant shop owners suffer silently, and they never talk. I do not understand what it means that they pay R500 for protection when no one ever guards them. I am the one who rescues them from trouble sometimes.”

She said she helped her immigrant tenants when people posing as police came to “confiscate” cigarettes during lockdown. “When l asked them for a warrant they ran away,” says Siswane.

GroundUp managed to find one of the money collectors who lives in the Thokoza hostel. He gave his name as Mzolo.

“All l know is that we work well with immigrant shop owners and protect them from trouble. It’s none of anyone’s business how the payment process works. It’s not easy and protecting those people is a matter of life and death.” He would say no more.