Imizamo Yethu library has been closed for six months

School students have to go to Hout Bay library 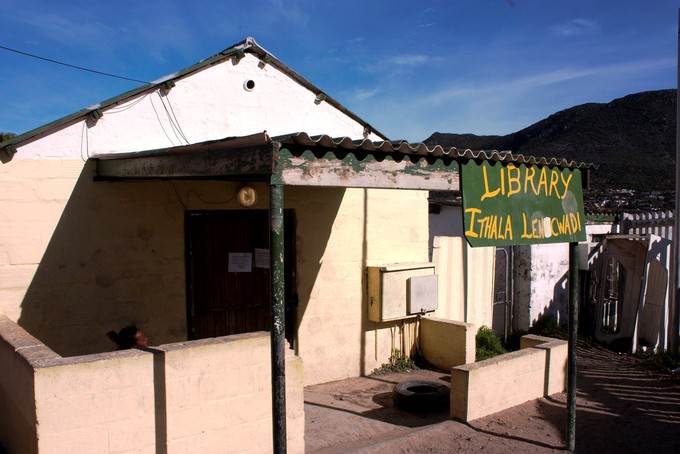 The library in Imizamo Yethu has been closed for months. Photo: Steve Kretzmann

The library in Imizamo Yethu has been closed for six months leaving residents no choice but to walk or pay for a taxi to the library in Hout Bay.

The taxi fare from Imizamo Yethu to the Hout Bay library is R12 return.

Nolubabalo Jako, whose elder daughter is in Grade 8 at Silikamva High School this year, says there is no library at the school and she can’t afford to send her daughter to the Hout Bay library every day.

Jako is unemployed and her husband works at a nearby restaurant.

“I cannot have her walk to the library because it is not safe and she is a girl. You can never know what might happen out there” said Jako. There is no library at her daughter’s school.

Nkosinathi Mazele, a member of the primary school governing body, said the Imizamo Yethu library used to be open from 9:00 am to 5:00 pm, then only opened in the evenings and then closed completely.

He said since the library had closed, children from the schools came to his office to use his computer for their school research.

Belinda Walker, Mayoral Committee Member for Community Services and Special Projects, told GroundUp the satellite library was temporarily closed “due to structural issues” relating to the roof. She said it would be re-opened “once the structural issues have been addressed.”

“The current budget does not provide for a new library in Imizamo Yethu,” said Walker.