From illness to health: how I’ve thrived with HIV 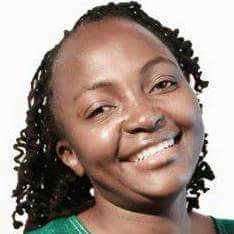 I was tested for HIV in 2004 after being ill for roughly six months. At first, I took over-the-counter pills and was finally referred to a private doctor by a friend who is a pharmacist. I visited this doctor several times without getting better until the nurses offered me an HIV test. I declined. I told them that there was no way I could have contracted HIV.

When the results came, the doctor awoke me from the nap that I had taken while awaiting the results. He told me that I had taken a wise decision to agree to the HIV test. I asked him what the next test would be —- dismissing HIV. He took the envelope from the lab technician and after he had read the contents, he looked at me. I was HIV positive. It broke me. Even though I had been ill, I didn’t think I had HIV.

The doctor referred me to an HIV clinic where I would check my cd4 count and it turned out to be 294. I declined to start antiretroviral treatment, telling myself that I would do everything I could to boost my immunity and did not need the drugs. I had heard  that ARVs have severe side effects and I didn’t want to have to deal with that. Also, I’ve always has adherence issues with treatment of other illnesses. I remember once declining to take a family planning pill as I would hardly remember to pop it daily.

Come 2006 I fell seriously ill again and went from facility to facility seeking treatment as I was losing weight drastically and was extremely weak. I was finally diagnosed with extra-pulmonary tuberculosis. I was immediately put on treatment for TB. Two months into my TB treatment I started ART and have been on different regiments ever since.

Thankfully, I have not fallen ill again since I started treatment. I’ve been able to adhere to my drugs, and many people say I look “normal” which to them means “she doesn’t look sick”. And how does that make me and other people living with HIV feel? One may wonder! It makes us feel more acceptable in society, but at the same time, it makes me question what “normal” is. Everyone should know that people living with HIV are normal anyway as HIV is a condition like any other.

Wambui lives in Kenya. This article is also published on WhatUpHIV with whom GroundUp is working to report the AIDS2016 conference in Durban in July 2016.