“This was a new invasion and the people had not settled there. No court order was required,” says City 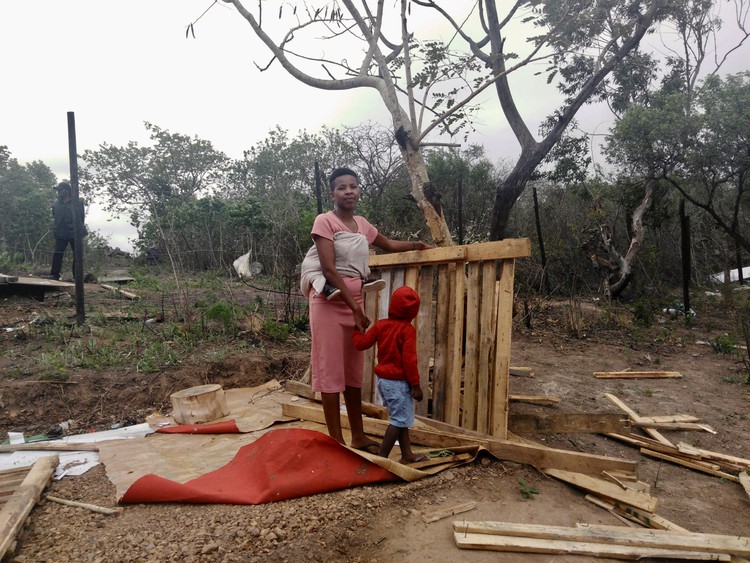 Shack dwellers from Parkgate informal settlement in Verulam, north of Durban, are sheltering in the homes of friends after the eThekwini Municipality’s Land Invasion Unit demolished their shacks on Monday.

“On Friday 11 October 2019 officials met with Human Settlements who agreed that these structures should be demolished. An operation was then planned for and executed on Monday, 14 October 2019, whereby 11 structures were demolished. This was a new invasion and the people had not settled there. No court order was required,” said Mayisela.

But Zinhle Biyela, who lived with her three children, said she had been living there since September 2018.

“I was born out of wedlock, so when my father died in August last year, his wife kicked me out and I became homeless,” she said.

She has now moved in with the father of her two-year-old son. “I have nowhere else to go. I don’t have enough money because I’m unemployed. I lost my job at a local factory in January this year.

“The child support grant I get for my three kids only covers groceries and clothes … I won’t have spare money to immediately rebuild my shack,” she said.

She said she lost everything in the raid – her bed, cupboard and wardrobe, which were all broken into pieces.

Sibongiseni Mdunyelwa said he was shot with rubber bullets. “I was trying to save my belongings when they [the demolition squad] noticed and started shooting at me. I was injured in my arm and face.”

“They [land invasion unit] destroyed 18 shacks. The shack dwellers’ belongings were also thrown out and destroyed. They have been left destitute. As usual, there was no court order and this eviction was, therefore, an illegal and criminal act,” said Bonono.

He said there were also demolitions in informal settlements including Azania near Mayville and Zamokuhle near Chatsworth.