I wish elections were held every month, says Motherwell voter 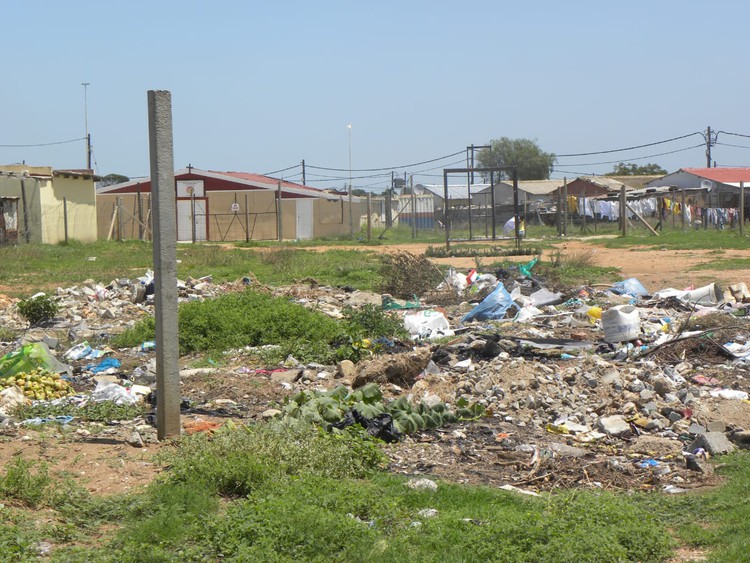 Rubbish has been piling up in Motherwell. Residents say dumps are only cleared at election time. Photo: Joseph Chirume

A voter in Motherwell in Port Elizabeth says she wishes municipal elections were held more often because this is the only time the area gets attention from politicians.

A by-election will be held on 5 February in Nelson Mandela Bay Municipality’s ward 55, which covers part of Motherwell. The vacancy was created following the death last year of ANC councillor Mzuvukile Boti.

In the past residents have complained about a lack of playgrounds and parks, piles of rubbish choking stormwater drains, and corruption and nepotism, with jobs and tenders given to friends and relatives.

“We are being taken for a ride by these clueless politicians. There is virtually no service delivery in this ward. We now see politicians on a door-to-door campaign asking for our votes. I will not vote until they improve the way they treat us,“ said a resident who only identified himself as Luyanda.

On Saturday and Sunday ANC candidate Ntombizodwa Nyati organised the clearing of the Dlamini Sportsfield and the adjoining netball court in NU10, where she organised a tournament for six netball teams and eight soccer teams.

Thembinkosi Bamu, who lives in Sandile Street, said: “This is the first time in many years these playgrounds have been cleared. The fields are always swamped with uncollected rubbish. Because it’s election time, we see a lot of activities and clearing of waste.”

“I wish elections were held every month so that we get these politicians to visit us and provide improved services.”

Residents say the new councillor should provide a second clinic and build more parks in the ward.

“There is only one clinic in this ward that serves patients from NU10, Shukushukuma, and NU30. Patients stand in a long queue in the open. We desperately need another clinic,” said Anelisa Boy.

A woman who lives in Maharaj street close to a dilapidated and vandalised children’s playground said she wanted the park rebuilt. “I will go and vote but I expect better services. People vandalised everything and they are dumping waste there. We want the playground to be restored and a skip bin to be supplied to dump our refuse. “

There are five candidates competing in the by-election, from the ANC, EFF, Socialist Revolutionary Workers’ Party, United Democratic Movement and an independent candidate. According to the Independent Electoral Commission there are 10,787 registered voters in ward 55. In the last municipal elections in 2016 the ANC obtained nearly 75% of the 6,441 valid votes.