“I sent my child to the school to learn, not to be raped” 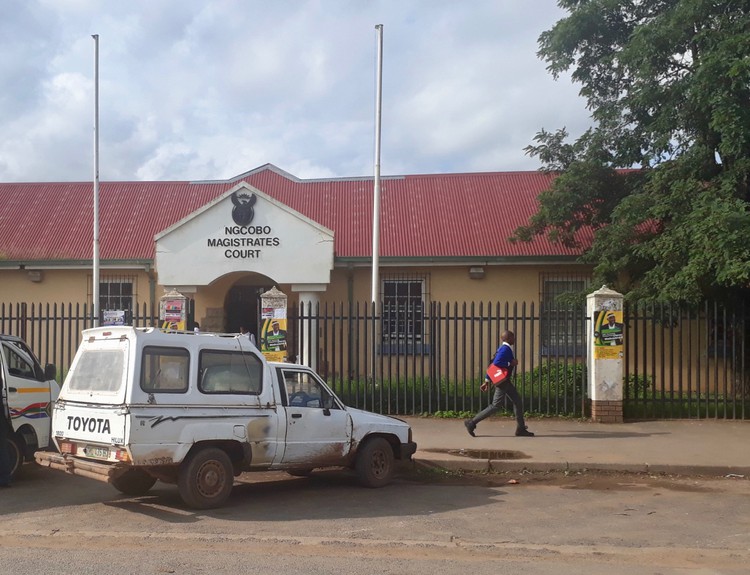 A 58-year-old school security guard appeared in the Ngcobo Magistrate’s Court on Monday, charged with raping a school girl at Tembeni Senior Primary.

“I’m angry. I sent my child to the school to learn, not to be raped. It’s even worse to know a teacher did not protect my child,” said the mother of the 15-year-old victim in an interview with GroundUp. She says her child will never return to the school.

She said her daughter claims to have informed the class teacher that she was raped last year. The teacher gave her sanitary pads and told her daughter she would call her parents to inform them of what had happened at school.

“But I never received a call from her. Now my daughter is raped for the second time by the same person, same school,” said the mother.

The latest incident is alleged to have happened on 13 February. According to the girl, she was waiting for transport after school when the guard ordered her to return to the classroom, where he raped her.

Afterwards he gave her R2 and threatened to beat her if she told her parents.

“When the first incident happened, my daughter only told me that she was bleeding at school and the teacher gave her three pads. She showed me the pads. I thought she was menstruating,” said the mother.

She said on Tuesday, a fight broke out between her daughter and her eight-year-old son. “I was very shocked the way she beat him. She was very aggressive. I asked her what was happening. She just looked at me with tears,” said the mother.

The fight was over the R2. “I asked her who gave her the R2 because on that day I didn’t give them money … I questioned her again. She just broke down in tears and told me that the guard threatened to beat her if she talked and gave her R2 to keep quiet,” said the mother.

She said she took her daughter to the police station and the hospital. She said she confronted the teacher but the teacher told her she did not remember the incident. “The principal is aware of the allegations against her teacher, but has not bothered to come to us or speak to my daughter, at least to hear from her what happened,” said the mother.

She said members of the School Governing Body had come to her and asked after her daughter.

Meanwhile the department has suspended teachers at Flagstaff High School following allegations of teachers having sex with grade 11 learners in order to promote them to grade 12. Some of the learners had to drop out of school because they fell pregnant.

At his court appearance, the accused was not asked to plead. Magistrate Thobile Bara postponed the case to 26 February for bail application.