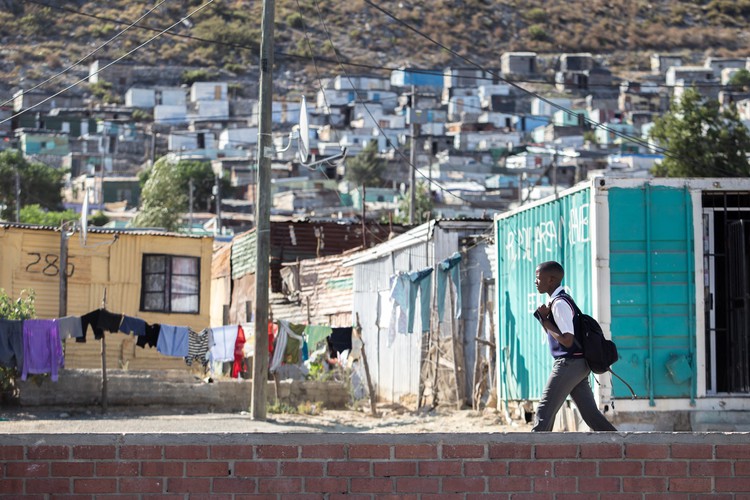 Hundreds of learners from Villiersdorp spend at least two hours daily traveling to and from isiXhosa schools in Grabouw. Parents want the Department of Education to build a school closer to home. Photos: Ashraf Hendricks

Learners who live at an informal settlement in Goniwe Park, Villiersdorp wake up as early as 5AM every day to travel to the nearest isiXhosa medium school in Grabouw.

Parents say they have asked the Western Cape Department of Education (WCED) to build another isiXhosa school closer to home. They say that learners are exhausted from the long journey and many parents can’t afford to pay for private transport when buses aren’t available.

The department said that only one of four primary schools in Villiersdorp offers Xhosa. The other schools are Afrikaans-medium or Afrikaans and English.

Community member Joyce Spengana said they had talked to the department over the issue, but the department was no longer responding to their letters and emails.

Spengana is part of the Villiersdorp New School (VNS) Committee, a community campaign trying to push the WCED to set up an interim school for children in the predominantly Xhosa-speaking community. She said parents were tired of hearing the department’s promises. 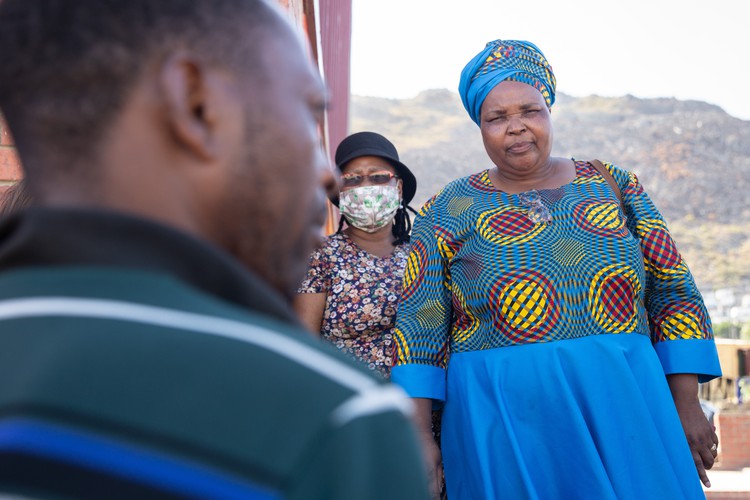 Community leader Joyce Spengana says the community in Goniwe Park, Villiersdorp is in desperate need of an Xhosa-speaking school.

In 2011, StatsSA estimated that about 4,400 people lived in Goniwe Park, but the informal settlement has grown in size and population since then.

Over 500 children take buses daily to a school in Grabouw that offers Xhosa home language, said Agnes Lekhori, secretary of the VNS Committee.

This means that learners have to wake up very early for the one-hour drive. Parent Ishmael Manyokole, said his two children spend a total of two hours on the bus to and from school in Grabouw.

The WCED provides seven buses to take learners to school in the mornings and afternoons. But Manyokole said the demand for a isiXhosa school is so high that it would make better sense for the department to build one. “We are getting tired… We need a school,” he said.

Another parent, Nonduniso Kehle, said her two children use the bus but the challenge is when they need to stay for activities after school or on Saturdays. She said most parents can’t pay for private transport to get back home.

“We are farm workers. We don’t have a lot of money,” said Kehle. A round trip by taxi to Grabouw costs R80.

Lekhori said parents realised that building a school could take many years but hoped that the department would find an interim plan. “What we need is just containers, temporary classrooms,” she said.

WCED spokesperson Millicent Merton said the department had several discussions with the community and did a survey on the demand for a new school. At that time, she said, “the survey confirmed that the need was not high enough to warrant building a school.” But, said Merton, “we acknowledge the growing need for English as the language of learning and teaching and IsiXhosa Home Language in the Overberg. We are constantly exploring solutions to the ever-growing need.” 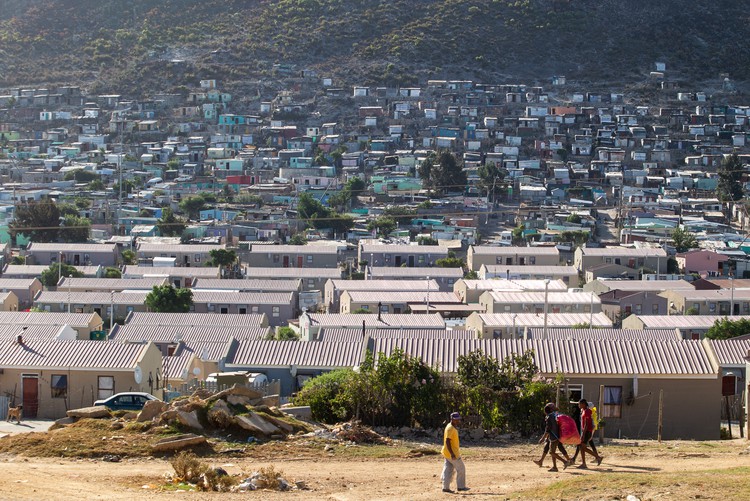 The township of Goniwe Park in Villiersdorp.