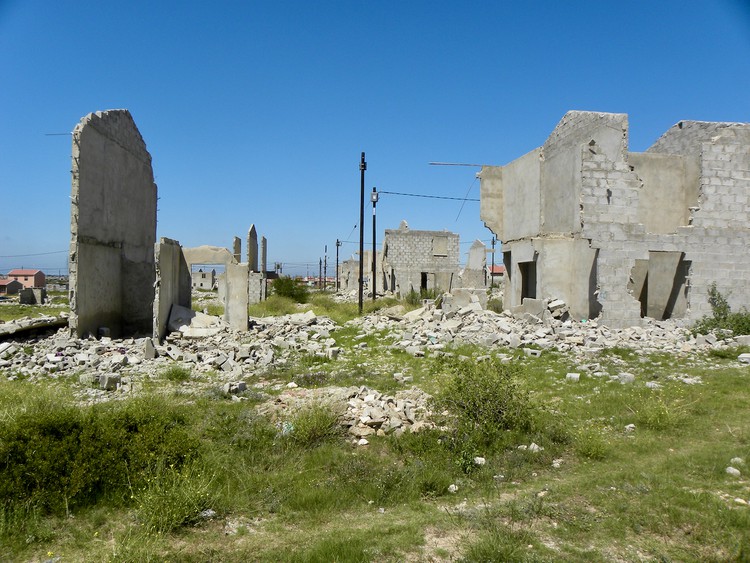 Hundreds of incomplete houses in Port Elizabeth have been all but demolished by thieves and vandals while various government authorities blame one another.

A project to build 730 RDP houses and duplex flats in NU29, Motherwell, ended halfway in 2016 after the National Intervention Team stopped the project accusing the builders of erecting poor structures.

The abandoned houses were soon stripped of roofs, window panes and anything of value.

However, Mayco Member for Human Settlements Councillor Andile Mfunda said the province was responsible. He said the municipality was waiting for instructions from provincial government.

He did not respond to further questions.

In January 2019, at a site visit by Mfunda and Ward 54 Councillor Morgan Tshaka (ANC), project manager Ayanda Sobikwa said there were 730 duplex flats – 330 had been completed, 400 left unfinished. She said out of the 400, 162 had deteriorated beyond repair as a result of vandalism.

Mulungisi Ncedani, who lives in one of the 330 finished houses which have been occupied, said the unfinished duplexes were a danger to the community. “I fear for children who play inside them. There are bricks hanging dangerously on loose walls … The structures have become hiding dens for drug addicts, prostitutes and criminals.”

Another homeowner in Ngqembe Street said some people use the buildings as toilets.

Mazizi said it is baffling that the municipality had disowned the project.

“The Service Level Agreement between NMBM and the Department of Human Settlements was concluded on 24 January 2013. The municipality appointed 30 contractors for the project.

“In September 2016, NMBM received an instruction from the National Intervention Team to stop the project, due to non compliance of structural design of the first floor timber deck and stairs in the duplex flats.”

Mazizi said in February 2018 a report was sent to NMBM that was prepared by Gibb Consulting Engineers, recommending that about 358 vandalised units must be demolished, due to extremely dangerous high walls which are not stable.

He said on 29 August 2019, NMBM submitted funding proposals to the department for the appointment of a structural engineer to do assessment and compliance issues with the National Home Builders Registration Council.

Mazizi said the application was rejected by the Project Assessment Committee in December 2019. He said the committee recommended the municipality approach the Urban Settlements Development Grant Funding.

Several attempts to get a full answer from Mniki proved futile.

Shaun Mlanzeli, acting chief director at the office of the director-general National Department of Human Settlements, asked for seven days from 21 March to reply to all our queries. We had not heard back at the time of publication.