How you can help save the Karoo 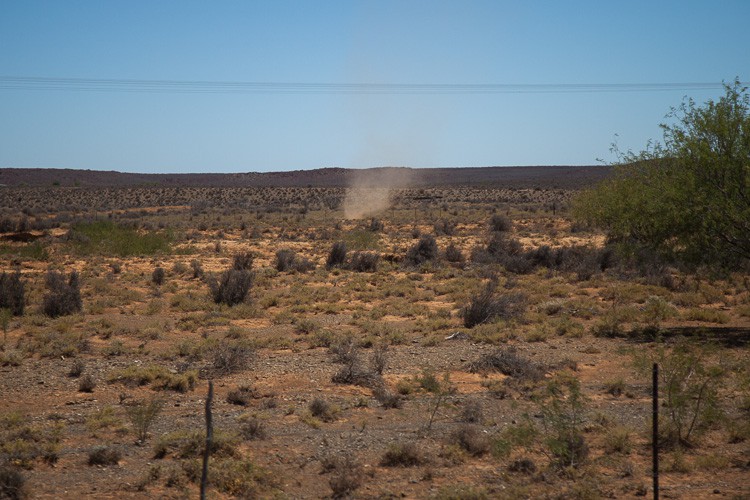 As the Karoo faces increased development, scientists are calling on citizens to help them research this unique landscape. Photo: Ashraf Hendricks

“Scientists know very little about the plants and animals in the Karoo, and there is an urgent need to document the indigenous species found in this important part of South Africa,” says the Karoo BioGaps Project, a citizen science initiative which aims to document the Karoo’s natural resources.

But this vast track of South Africa, which contains a wide range of animal and plant life despite its extreme temperatures and low rainfall, is being eyed for development. Shale gas exploration, solar plants and other infrastructure are being earmarked for the Karoo, to boost much-needed development. But without data, scientists and policy makers do not know which areas require additional protection or to be left alone entirely.

“We need to learn which species are widespread, and which are sensitive to proposed future changes in land use and development,” says the newly launched project.

There are two ways you can get involved in documenting Karoo biodiversity:

“It is absolutely critical for us to digitise these old herbarium and museum records as they are basically unavailable for use by scientists in their un-digitised format,” says Carol Poole, the South Africa’s National Biodiversity Institute (SANBI) project co-ordinator for biodiversity research. “The ability these days to crunch large datasets means that including all these historical records along with current fieldwork records is very important.

“They give us a perspective of what species existed where in the past, and we can compare that to where we find these species in the fieldwork being conducted today. So comparing historical and current species records is an important part of assessing species’ distribution and threat status,” she says.

Some of these records date back to the 1830s, and digitizing them will make them accessible to anyone who wants to look at them.

Citizen science is the latest trend in resource cataloguing, but researchers say that engaging non-scientists in this way introduces them to a world that usually gathers dust in archives or allow them to discover new things.

There are a number of citizen science projects in South Africa, allowing anyone interested to choose the project that would suit their interests best.

For example, rePhotoSA, an initiative out of the Plant Conservation Unit and the Animal Demography Unit at the University of Cape, is collecting photos from around southern Africa to track how climate change and development have altered landscapes. It calls itself a “repeat photography project of southern African landscapes” http://rephotosa.adu.org.za/

For a more hands-on experience, the miniSASS project aims to create an inventory of life in our rivers and dams. The types and numbers of small animals living in our water bodies tell whether that water is in a good condition or not. Based on the SASS (the South African Scoring System), this initiative — which is the brain-child of the Water Research Commission, environmental consulting organisation GroundTruth, and the Wildlife and Environmental Society of South Africa (Wessa). This information is then passed on to policy makers.

Asked what volunteers got in return for being part of the Karoo BioGaps Project, Poole says that they will be helping decision-makers on important national issues, such as the shale gas development. “There is also the excitement of being part of history in a way – transcribing these historical records will mean that the transcriber themselves has played a role in history as these digitised records will exist in databases forever.”

One thing that makes the Karoo BioGaps Project stand out is that its managers recognise that sometimes kudos is not enough. There are also prizes for the most pictures and most transcriptions.