A response to Koketso Moeti 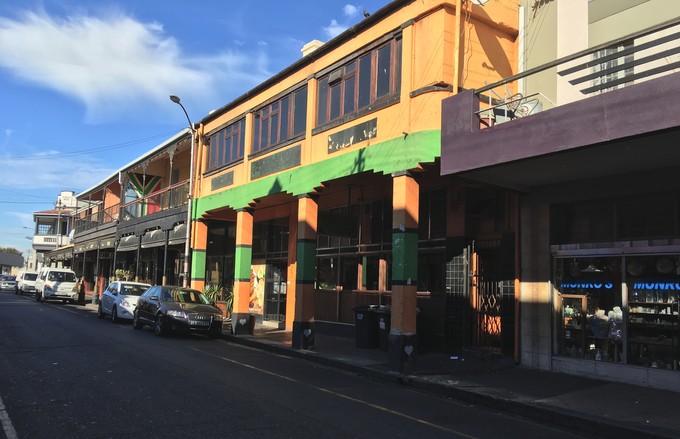 We read Koketso Moeti’s article Poor, Black People Are Still Denied Access to Public Space with interest. We would though like to correct some facts about the Observatory Improvement District.

But first let’s agree with some of Moeti’s assertions. We agree that we need more discussion about how we can make our public spaces welcoming, fun, engaging and attractive for all South Africans as well as visitors to our country and cities. And like Enrique Peñalosa we agree that public spaces can help to create a more integrated and socially healthy society in which people of different income levels can meet and interact.

Unlike private spaces such as gated communities or shopping malls, our community of Observatory contains many open spaces where each day people of different income levels meet and interact. Most of these meetings are harmonious and respectful, and indeed Observatory is known for its welcoming approach to all.

Moeti’s article however implies that the Improvement District does not seek out solutions to social divisions, but instead imposes a draconian regimen on levy payers, black people and the poor.

We disagree. To start, the decision to create an Improvement District in Observatory was a democratic one taken by the majority of property owners in the area. It has received much support from tenants and visitors as well. In addition the Improvement District conducts its business transparently and inclusively. It communicates regularly with the community, and its Annual General Meeting is open to the public. It has a number of committees made up of volunteers and these are open to all. The Improvement District is in constant dialogue with residents and stakeholders.

Managing public space is a key role of the municipality, and in an area like Observatory, which is one of 33 Special Rating Areas, or Improvement Districts, in Cape Town, we work hard to ensure that the management of public space respects the rights of all. We are especially concerned that vulnerable members of the community including children, the elderly, the disabled and the poor, as well as women can enjoy all of our public spaces in safety and comfort. We aim to ensure that all of us can enjoy Observatory – an area which occupies a special place in the history of Cape Town, and South Africa.

Additionally, Moeti seems to see the model of a Special Rating Area, or Improvement District as an elitist construct that will deepen social and economic divisions in our society. Again we disagree with this perception.

In Africa and the developing world we are facing tough times with a significant economic downturn, and in South Africa it often feels like there is little political will to support robust, redistributive economic growth and to invest in the public goods that will support this. As ordinary members of a spatially-defined community, the Improvement District model empowers citizens and provides us with a tool to better manage our own area, to engage strategically with the municipality and to help to create the conditions that will support local economic development in our neighbourhood. We are mindful of the fact that South Africa, including Cape Town, has very high unemployment and the creation of decent jobs is central to ensuring a better life for the people of this country.

While the model of a Special Rating Area, or Improvement District has been borrowed from communities internationally we believe it represents a sensible approach to tackling urban management issues in a country like ours. In the model, communities can choose to form an Improvement District. Households and businesses then contribute an additional monthly levy, which is based on property rates. This money is then used by the community itself to address priority needs.

Special Rating Areas, while focusing mainly on safety, have autonomy to determine how the additional levy will be spent. In Observatory this money contributes to safety and security, cleaning and social development. Within our social development portfolio we employ an auxillary social worker, and have a programme of action to support homeless members of the community. This includes help with accessing ID documents, and social grants, health care services, employment opportunities and reunification with family members.

The Observatory Improvement District can claim many notable successes, particularly in making the area safer and cleaner, and helping a significant number of homeless people in a range of ways. Also a safer community benefits all of us, including the poor and homeless who are arguably the members of our society who are most vulnerable to crime.

But we still have many challenges. In the shared public spaces that make up Observatory there are also many addicts. There is a thriving drug trade which is not a positive feature of community life. It has resulted in rising property crime, violent crime and even murder. It is a major problem and one that we are far from solving.

Another is the management of liquor licences following the effective deregulation of the liquor trade in Cape Town, and poor enforcement of licence conditions. To a large extent it is up to the community and the Improvement District to ensure that the trade conducts itself responsibly. We are concerned that there is already overtrading, which will contribute to social problems, accidents and violence. Frequently this will involve young people.

South Africa’s National Development Plan predicts that by 2030, 70% of South Africans will live in cities. Cities are places of opportunity, choice, diversity and creativity. In Observatory rapid urbanization is taking place before our eyes with increased densities, growing congestion, and many people moving to the area in search of the opportunities of city life.

As the citizens and residents of this area we can choose to build bridges with our fellow citizens, or we can seek out conflict and division. We prefer the former. We agree that we may not be perfect and that some of our work is based on trial and error, but we have an opportunity to pioneer new ways of better urban management and creative strategies that extend opportunities to all. We do this in partnership with civil society in our area in response to the challenges that face us, as we seek to live meaningful lives in this country with its legacy of racism and intolerance.

McKenzie is the vice chairperson of the Observatory Improvement District.