How we internalise stigma and shame

Biko’s legacy can help us recognise the invader within 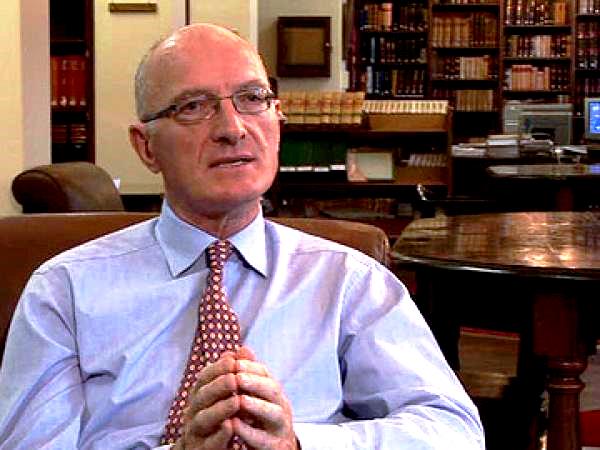 “We take from the outside the hatred and ignorance and fear and prejudice that is enacted there – and adopt part of it into our own deepest self,” says retired Justice Edwin Cameron. Archive photo courtesy of Community Media Trust

There are many forms of hatred and exclusion in our world. There is fear of strangers, fear of foreigners, fear of other races, fear of people with other languages, cultures or religions.

On the basis of many of these fears, we build exclusions. We ostracise people. We push them away from us. We exclude them from jobs, houses and opportunities. Sometimes, as in apartheid South Africa, we deprive people of all their elementary rights simply because they are of a different race.

This kind of exclusion we call discrimination. Discrimination is the enactment of our fears and hatreds of other people on the basis of who and what they are.

I have practised some forms of discrimination – and I have also experienced it.

As a young boy growing up in apartheid South Africa, I enjoyed the benefits of better schools, better hospitals, better public transport, better parks and better beaches – all for whites only. Those benefits made my life better, unjustly so, and the privileges they conferred on me continue in many forms.

But I have also experienced discrimination.

As an adolescent in Pretoria, as I grew into sexual self-consciousness, I realised to my horror that I was gay.

Apartheid South Africa was viciously homophobic – like most of the rest of Africa still is. Gays and lesbians, transgender people and gender non-conforming persons were persecuted, assaulted, sidelined and jailed.

Later, I embraced being gay – but I lived in fear of apartheid’s anti-gay laws.

All this discrimination is external. It is enacted prejudice. It is what we, the perpetrators, do to those we fear and hate.

But there is something more insidious, more secret and far more difficult to grasp. It is what some of us sometimes experience within ourselves. This is when we take from the outside the hatred and ignorance and fear and prejudice that is enacted there – and adopt part of it into our own deepest self.

This we can call internalisation of stigma.

Let me give you an example. It is a painful example, because it’s from my own life.

I am a proudly and openly gay man. I have fought for LGBTI equality and have served with pride as a judge in my country’s highest court. I have a wonderful loving partner, committed to me as I am to him.

Despite all this, sometimes I hear a tiny voice, from deep inside me: But is it really normal? Isn’t there perhaps something wrong with being LGBTI?

It is an unwelcome voice. It means that I have taken deep within myself the 2,500 years of homophobic hatred that told me, every day of my life, that being gay is evil and immoral and unnatural and unbiblical and perverted and sick.

Of course I know this is not true. I know that throughout human history a small part of humanity has always been queer. We have been vital, productive, creative members of all human societies. We still are.

Yet, even though I know full well that being LGBTI is normal, natural as being left-handed, that small voice from deep inside me still sometimes pipes up. It undermines my self-belief, my confidence and my pride.

I have experienced this in a second, I think far worse, way.

When I was a young man, soon after I came out as proudly gay, in the early years of the AIDS epidemic, I became infected with HIV.

I discovered this in December 1986. It was a terrible moment, for AIDS was then a certain death sentence. Although I was only 33, I knew I would die before I was 40. I would never see justice or non-racialism in my country. But even worse than the death sentence of AIDS was the shame of having HIV.

I felt so ashamed that for years I could speak to almost no one about it. I felt contaminated, impure and unclean. I thought I deserved what I had got because I brought it on myself.

None of this is true. No one who seeks human connection through sexual contact ever deserves to pick up any ill effects.

This, I realized only very late – after I fell severely ill with AIDS – and faced certain death.

But as a judge in democratic South Africa, I could buy my life back by taking antiretroviral medicines. A near-miracle happened within me. Since then, the virus has been successfully repressed in my body.

And I know that HIV is just a viral particle, a tiny fragment of life, that medication is effectively beating back. But still. From deep down inside me, there is a tiny voice that taunts me: You are unclean because you have HIV. You carry the brand of one of humanity’s most-feared and abhorred contaminations. And – you deserve this.

I have internalised the stigma of HIV.

People can internalise shame for many different reasons.

For more than 400 years, white people have oppressed and subordinated and stigmatised black people. They have treated them as less worthy, as inferior, merely because of the colour of their skin – especially in Africa.

European settlers colonised Africa, took away its resources, enslaved its people, marginalized black people in the countries of their own birth. And, in South Africa, they built one of the world’s most rigidly systematic structures of oppression and exclusion – apartheid.

As a white person, I have no title to speak of what centuries of racial domination has done to my compatriots.

He was talking about the internalisation of racial shame – what my friend Nene Molefi calls “internalised oppression”.

Biko called for black people to throw off the yoke of racial stigma – to assert themselves with pride and joy as black.

Because of this proud, defiant message, the apartheid police beat Steve Biko to death. Yet, his legacy lives – with important lessons for us all, white and black, gay and straight, living with or without HIV.

To understand those lessons, we have to ask: What are the effects of internalised stigma? And what can we do about them?

When we internalise shame, a part of us helps to disable ourselves. It prevents us from acting fully and equally as human agents.

We see this most painfully in the HIV epidemic in South Africa, where over seven and a half million are living with HIV or AIDS. Across the rest of Africa, many many more millions. Yet AIDS in Africa remains largely a disease of silence, a disease of the mute. Where almost no one says openly: I am living with HIV.

Partly, this is because we are scared of being discriminated against and rejected. For too many, prejudice against AIDS remains frighteningly real, especially for women, who bear the brunt of diagnosis, and of having to care for others with AIDS.

But the silence also comes from within.

We have good laws against discrimination. And we have wonderfully lucid, deeply reasoned judicial decisions.

The Constitutional Court, in which I was privileged to serve, gave two beautiful decisions on AIDS – barring discrimination against people living with HIV – and requiring President Thabo Mbeki to start making anti-retroviral treatment available to prevent newborns contracting HIV. Those decisions said that HIV and AIDS are not shameful. It is a fully medically manageable condition.

Also, when I started speaking out about living with HIV, a flood of love and affirmation and approval engulfed me.

Why the continuing silence? The reason lies in the internalisation of stigma and shame.

Internalised shame about HIV is a powerfully destructive force in the epidemic. It has disabled many millions of Africans – including leaders, singers, artists, soccer stars – from speaking about their diagnosis, their treatment, their survival. It has barred them from fully and proudly participating as citizens in public life.

So the first effect of internalised shame is that it disables our capacity to act as full citizens.

The second effect is that we risk living in isolation and anger and fear – not knowing how to deal with the injustice of the stigma we experience from outside.

That anger can translate into militant activism, into hatred for the people that we feel are oppressing us. Our internalised shame as LGBTI people can make us resent those we regard as straight, make us hate straight people for past individual acts of oppression, for centuries of homophobia. Internalised shame about HIV can make us angry and destructive towards those we think do not have HIV.

Are there solutions? The answer is Yes.

The first step is to recognise that internal shame exists. Far too few of us know that discrimination and ostracism find a place deep inside us. Knowing that they are is a first important step to action – because knowledge is power, from which we can claim the resources to act.

The second step is to talk about it. When we recognise the stigma within, we become able for the first time to say: No! I will not listen to this tiny voice of doubt. I will not pay heed to the part of me that gives credence to the hatred and prejudice and ignorance and irrationality of others.

The third step is to celebrate the joy of being one’s self.

Gay pride and black pride are joyfully positive responses to both external discrimination and to internalised shame.

As LGBTI people we have over the last few decades rejoiced in being ourselves, in being gender-diverse, in being sexually different.

We have asserted the tremendous achievements, over many millennia, of LGBTIs in history – those whom many civilisations had persecuted and oppressed as deviant. Those whom history has sought to hide. We have celebrated their artistic gifts, their intellectual contributions and their simple courage as human beings. We asserted the joy and pride of being gay, lesbian, bisexual and transgender or intersex or queer.

The same happened with black people who shook off the yoke of oppressive racism, who refused to accept the racist dogma that black people were inferior, that their achievements and culture were lesser, that their humanity was subordinate.

Our world has many forms of oppression. All of them originate from outside. All forms of stigma and hatred and prejudice come from other peoples’ hateful attitudes.

But we make ourselves stronger and richer when we recognise that those forces sometimes lodge themselves inside us.

And we take the strongest step of all when we recognise the alien invader within and resolve to give it space no more, when we determine to uproot it and expel it, and when we resolve to celebrate our true worth as humans with total joy, with unbounded power from deep within.

Edwin Cameron is a former Constitutional Court judge and occasional honorary legal advisor to GroundUp. This is a shortened version of a TEDxEuston speech delivered on 30 November.