How the Lottery funded an R8.5 million Facebook page 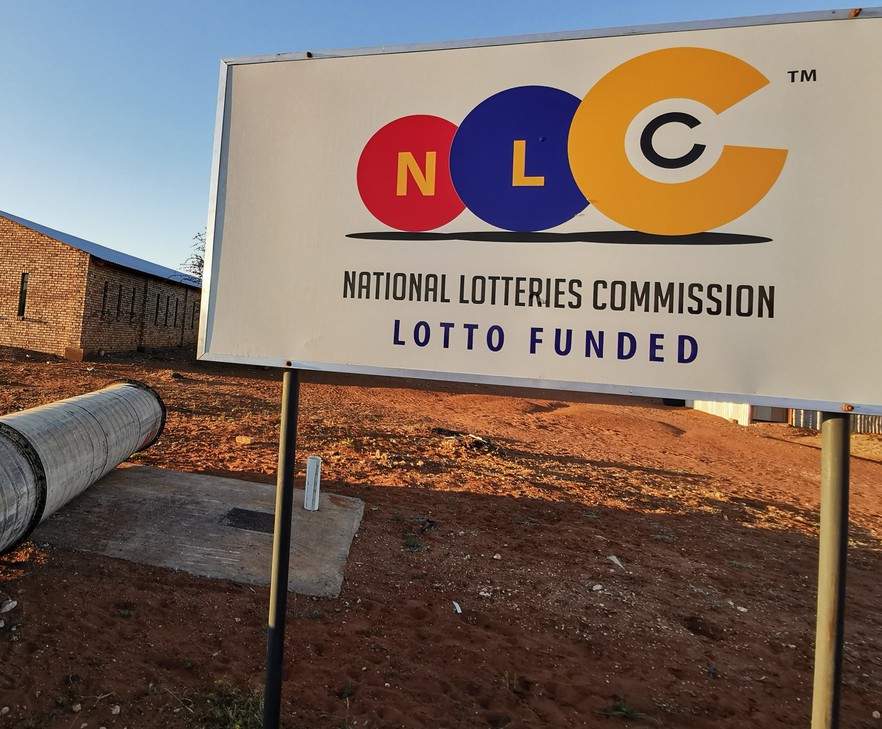 In 2015/16 the NLC awarded R8.5 million to Harmonica Jazz Foundation. Besides a Facebook page, we can find no sign of any other significant activity by the organisation. Photo: Raymond Joseph

A director of a non-profit company that received an R8.5 million Lottery grant has refused to give details about how the money was spent. At the time her organisation received the grant, she was a member of a National Lotteries Commission (NLC) distribution agency.

When asked for comment Nomalanga Tyamzashe, one of the directors of Harmonica Jazz Foundation, alleged that it would be “criminal” for GroundUp to publish information about the grant without her company’s permission.

The NLC also refused to answer questions about the multimillion rand grant awarded to Harmonica in the 2015/2016 financial year.

“We are aware that our information is confidential … it is criminal for you to publish it without our permission as Harmonica Jazz Foundation,” Tyamzashe said in response to emailed questions.

Her response is in line with the stand taken by the NLC, which recently threatened to lay criminal charges against journalists, claiming that we have breached the law by revealing details of Lottery grants.

Tyamzashe is a former member of the NLC’s Arts, Culture and National Heritage Distributing Agency. Other directors of Harmonica share the same surname as her. She declared a conflict of interest in the NLC’s 2015/16 annual report in which she stated that she was a director of the company.

Harmonica’s registered address is a home in an upmarket residential estate in Kyalami, Gauteng, according to Companies and Intellectual Properties Commission (CIPC) records. The same address is recorded in CIPC records as the residential address of Tyamzashe and two other Harmonica directors, Andile Tyamzashe Duma and Joseph Siyothula.

Harmonica does not have a website. The most recent event that we could trace in which the organisation was directly involved was in 2011. There are no posts that give any clues as to what the Lottery-funded project entailed or how the grant was used. Also, contrary to the agreements all grantees sign agreeing to publicise the NLC’s support, there is no Lottery branding on the page.

What did the Lotteries fund?

The Harmonica Jazz Foundation claims to be a marketing company that “promotes support, provides marketing and other related services to artists” according to its CIPC registration.

Yet the company does not have a website and finding contact details for the company involved a lengthy internet search.

But Harmonica has a Facebook page where contact details were finally tracked down in two separate posts dating back to 2016 and 2017.

Nomalanga Tyamzashe said in a telephone interview that as a non-profit company Harmonica did not have a website because a “website needs money to sustain it”.

She was appointed to the NLC in June 2013 as a member of the Lottery’s Arts, Culture and National Heritage Distributing Agency, according to a Cabinet statement at the time, which refers to her as Violet Tyamzashe.

The NLC’s 2015/2016 annual report, the same year that Harmonica’s grant was awarded, reveals that “Ms VN Siyothula”, listed as a member of the Sports and Recreation Distributing Agency, was paid R293,000 in “members’ fees”. She also received a further R99,000 for travel costs and R85,000 for “other services as member”, a total of R477,000 in that financial year.

The NLC did not directly respond to a question asking for an explanation of this discrepancy about which distributing agency she was a member of.

Harmonica’s Facebook page has shared details of various events relating to jazz since 2012. Frequent posts appeared on the Facebook page from May 2016 onwards, with the most recent post on 17 December 2019. Before there were a total of six posts during 2012 and 2013.

Harmonica is listed on Facebook under the category of “Musician/Band” and the “about” page says the company was founded in 2006. It lists Duma Tyamzashe, who is a director of the company, as “General Manager”. Other than these details, there is no other mention of the services or projects provided by Harmonica.

Engagement with the page’s posts are minimal, with many only getting zero, one or two likes — and often it is Harmonica liking its own posts.

Many of the posts are “shares” of other jazz-related posts. The page also regularly shares posts about a variety of music events, tributes to musicians, photos with quotes, and sometimes photographs that are neither credited nor explained. None of the posts, as far as we could see, make any explicit indication that it has been funded by the NLC.

One post in 2016 mentions an “Art Gallery” that will have an exhibition in 2017 and that “details will follow shortly”. Details were however never shared and there is no indication that the exhibition took place.

Other than the Facebook page, we found two other links — here and here — that describe an event hosted by Harmonica in 2011. One is for a “Benjamin Tyamzashe Tribute Concert”. The other refers to an event that “will introduce Harmonica Jazz Foundation, a woman-owned and managed promotions company”.

The Theatre on the Track in Kyalami confirmed that they had hosted the Benjamin Tyamzashe Tribute Concert in early March 2011. And Christopher de Vries of event management company Out the Box Productions, said that they “managed the show production and coordination of the artist rehearsal process” in 2011, but had not worked with Harmonica since then. He said he did not know whether Harmonica was still operational.

Two sources with knowledge of the jazz industry confirmed that they had never heard of the Harmonica Jazz Foundation.

Andre Le Roux is an executive manager at the Southern African Music Rights Organisation (SAMRO); a “music rights champion” who works with a variety of stakeholders in the music industry.

“I have inquired with my colleagues and we have never heard of them. Neither have we funded them in the past,” said Le Roux.

The other source, who has been heavily involved in the Cape Town International Jazz Festival for years, said he had never heard of Harmonica.

Despite being emailed detailed questions about the Harmonica grant, the NLC replied with a generic response:

“The National Lotteries Commission only disburse grants through non-profit making entities for the purposes of implementing projects in communities,” wrote NLC spokesman Ndivuhuho Mafela. “It is important to note that the NLC does not award grants to individuals but to entities as mentioned above.”

“Another matter of importance is that the Distributing Agency members are independently appointed by the Minister of Trade and Industry. The NLC has got a unit that is responsible for monitoring and evaluation of all funded projects. This is to ensure that beneficiaries adhere to signed grant agreements.”