How clean are Cape Town’s rivers?

Five years after a clean-up was launched there is progress, but not everywhere 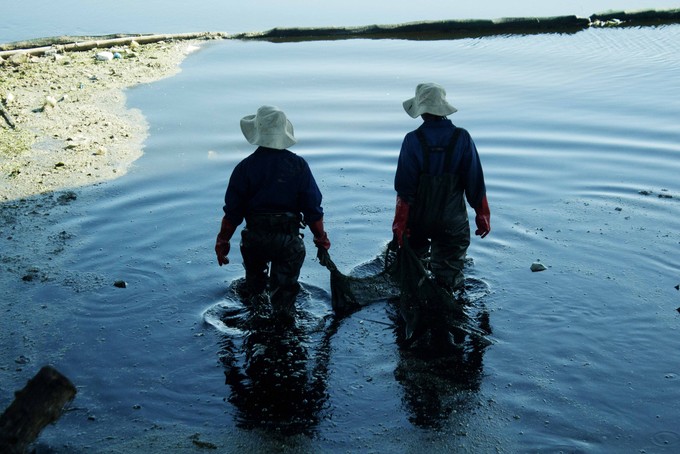 In 2011, Mayor Patricia de Lille initiated a project to clean rivers and wetlands across Cape Town. Five years later, how clean are our rivers? Siyavuya Khaya and Masixole Feni went to find out.

About 24 rivers, three dams and 22 wetlands are cleaned regularly as part of the mayor’s Special Job Creation Project.

In an interview with GroundUp, Mayor Patricia De Lille had high praise for the project, which was launched in memory of the late Minister of Water Affairs Kader Asmal, and was the biggest Expanded Public Works Programme project in the city.

Some rivers were cleaned daily, some quarterly and some once or twice a year, she said.

De Lille said the project had created 2,994 temporary and 1,904 full time jobs since 2012. An average of 850 workers were employed at a time. Workers were trained in herbicide use, health and safety, snake awareness, chainsaw operation and water safety, including swimming lessons, all of which increased their opportunities for employment at the end of their contracts. Forty former employees were now working as contractors on private land.

She said the project would continue as long there was funding. Rivers were tested regularly and tests had shown that the water was getting cleaner.

When GroundUp visited the Black River near the N2 and the Liesbeek River in Rondebosch both rivers looked clean. The Princess Vlei river was also clean.

But Princess Vlei resident Christian Pedro said further along, the river was dirty.

“It looks clean here, but go down a bit and I bet you would find it dirty. This is part of Princess Vlei that needs to be cleaned as well,” he said.

He said he had been living in the area for four months now, and had not yet seen people cleaning the river.

Khayelitsha Site C Resident Lwandiso Mapempe told GroundUp that there was an “unbearable” smell coming out of the wetland in the area. He had been living in the area for more than 15 years and the smell was getting worse, he said.

He said there were rats which entered residents’ shacks and ate their groceries.

“Our children are getting sick because of the unpleasant smell and we are also suffering from rashes. Sometimes these bigger rats bite us while we are fast asleep. We get chest infections.

De Lille said there was a problem with illegal dumping of rubbish on some of the wetlands.

But Mapempe said people dumped rubbish bags next to the wetland in Khayelitsha because “we don’t have a place to put our rubbish bags”.

“If we keep them next to our houses we get maggots, “ he said.

Langa resident Siyavuya Qangqiso said the river in his area, which runs alongside Bluegum Road, was cleaned frequently and the water seemed to be clean. But, he said, pipes connected to the river discharged dirty water filled with chemicals.

He said he thought the dirty water came from businesses in the area. “When the pipes have released that water, it becomes a battle to leave your door open because the smell is so unbearable, and people have opted to lock themselves in their houses until the smell comes down a bit,” he said. He urged the City to investigate the source of the water.

Qangqiso was critical of residents who continued to dump rubbish next to the river though they had been supplied with a container by the City.

Spokesperson for the Mayor, Pierrinne Leukes, said the City could not be held responsible for the public dumping of litter into rivers. “We clean the rivers regularly, but we need the public to assist us to keep them clean. Last year we embarked on an extensive campaign to inform the public that illegal dumping is costing the city R350 million a year.”

As the interview with the mayor wrapped up, she said “We appeal to the public to stop dumping rubbish in the rivers. If we work together as a collective we can keep rivers in Cape Town clean.”

De Lille said the City would look into complaints about dirty wetlands and rivers.

For instance, according to figures supplied by the City, between March last year and January this year, all tests on the Blomvlei Canal on the Vygekraal River showed levels of Escherichia coli (E. coli) bacteria higher than the recommended 1,000 per 100 millilitres of water. On some days the level was as high as 60,000.

The level in the Black River at Raapenberg Road bridge was also higher than recommended, at 8,200 per 100 millilitres, while E. coli levels in the Liesbeek River and Salt River were both well under the maximum.