How to buy your dream house using public money 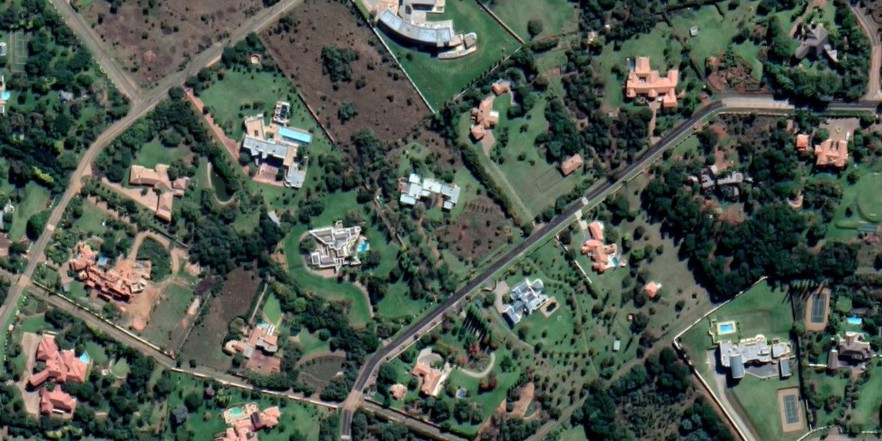 Documents show that a controversial attorney used a large amount of Lottery grant funds to help pay for a private home on a luxury country estate.

Denzhe Primary Care, a non-profit organisation run by attorney Lesley Ramulifho, received R27.5 million to build a drug rehabilitation centre – but almost three years later the rehab is still not finished and more than R20 million is unaccounted for. Meanwhile, Ramulifho has spent most of a R7.5-million funding tranche deposited into Denzhe’s account by the National Lotteries Commission (NLC) to help pay for his Mooikloof home.

The R11-million luxury house is situated on a one-hectare stand on the upmarket Mooikloof Equestrian Estate on the outskirts of Pretoria.

The section of the estate where Ramulifho lives is home to many of Pretoria’s well-heeled residents who can afford to enjoy a country lifestyle only 20km from the city centre. It is also a 13-minute journey from the estate to Ramulifho’s Garsfontein office, just under 8km away.

An amount of R5 million was paid from the Denzhe account to Etienne Naude, a conveyancing attorney who is also an estate agent active in the Mooikloof Estate. The money was paid a day after the NLC deposited R7.5 million into Denzhe’s account.

It appears that Ramulifho paid cash for the house since the title deed does not have any endorsement indicating a bond on the property.

Ramulifho’s attorney, KR Elliott, at first failed to answer GroundUp’s attorney’s questions about the payments to Naude from the Denzhe account.

In his response to GroundUp’s attorney, he said: “It is evident that your client is relying on alleged bank statements which your client refuses to make available. Accordingly, the only insinuation is that the alleged, and denied, statements were obtained through unlawful means. We accordingly await copies of the alleged statements, whereafter our clients will consider responding thereupon – should there be any merit in your client’s allegations, which remain denied.”

In subsequent correspondence Elliott, on behalf of his client, denied that any Denzhe funds had been used to pay for Ramulifho’s property.

Last week we revealed how Ramulifho used Denzhe’s bank accounts as his personal ATM to help fund his extravagant lifestyle. This included using Lottery funding to pay for clothing, shoes, fancy restaurants, high-end interior decor and work on one of his two Porsches.

This is the sequence of events that followed the NLC’s R7.5-million payment, which was the first tranche of Denzhe’s funding:

The Mooikloof Equestrian Estate has 24-hour CCTV surveillance, is fully enclosed by electric fencing and it is constantly guarded by patrols of both the perimeter and the inside of the property. Safely wrapped in the estate’s tight security cocoon, residents have access to a well-stocked “fishing dam”, horse riding, hiking and cycling trails and upmarket stabling facilities for residents who own horses but do not have stables on their properties.

The estate, which has more than 550 one-hectare stands, also has its own monthly magazine.

A blurb on the Mooikloof website boasts: “The large stands provide privacy and create a feeling of space and tranquility - a piece of paradise in the middle of suburbia. Whether you’re a horse-loving family or working professionals seeking an escape from city living, Mooikloof offers a country upbringing to the children of urban professionals in Gauteng.”

It continues breathlessly: “Located in the secured living hub of Pretoria East; Mooikloof offers a sense of tranquility, despite being a mere 20km from the Pretoria CBD. The estate offers prolific birdlife, as well as herds of Blesbok which roam freely. Many residents own their own springbok or chickens to further enhance the farm-like atmosphere.”

Ramulifho’s taste for luxury doesn’t end with a multimillion-rand mansion on an upmarket estate.

He also has four vehicles registered in his name: a Colt L200; a Mercedes Benz E Class Sedan, with a price tag of almost R840,000 for the new model; a Porsche Cayenne GTS, costing about R1.1 million new; and a Porsche Panamera 4, which costs almost R1.5 million new.