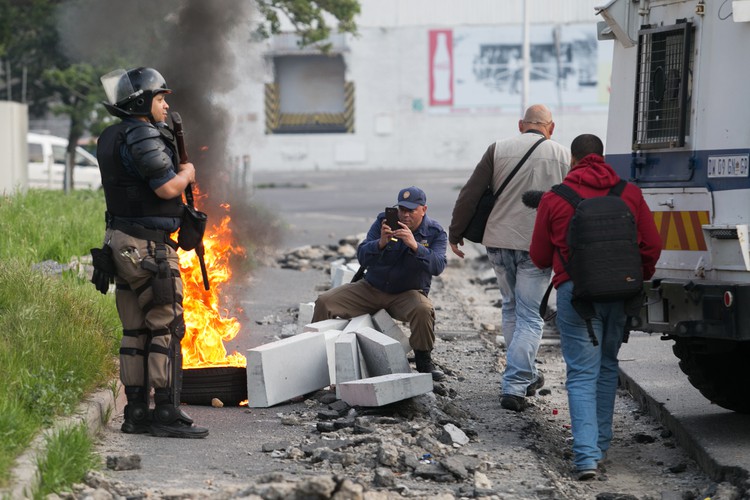 Events in Hout Bay this week showed yet again that the South African Police Service is inadequately trained to deal with protest action. Photo: Ashraf Hendricks

​O​na Dubula was crouching behind an upturned restaurant table with two women when he was shot in the mouth and ribs by police. He is 14 years old.

Two police officers were also injured in Hangberg, Cape Town, on Tuesday, when residents took to the streets to protest against changes to the crayfish quotas from which many earn their living. Rocks were thrown, flares were fired and tyres were burned.

But ​O​na was not taking part in any of this when he was shot. He was not attacking or threatening anyone. Nor was he yet another unfortunate child “caught in the crossfire” when adults fight each other. His serious injuries were inflicted when a police officer or officers deliberately shot at three people seeking cover behind a table.

Two rubber bullets hit ​O​na in the mouth and two in the ribs.

As for the national police commissioner and the minister of police, their silence is shameful. Whatever they are busy with cannot be more urgent than this: they should fly to Cape Town to offer ​O​na and his mother their apologies, and to promise better training, better equipment and better discipline in the police force so that there are no more victims like him.